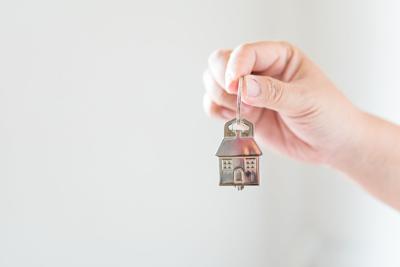 Opportunities to live in Madison-annexed Limestone County grew this week with the Madison City Council approving two proposed developments in a vote of 4-3. Together, they'll add 251 homes to Limestone County districts 2 and 3.

In District 2, Bellawoods West is planned for a 39-acre area east of Holladay Boulevard, on the north side of Huntsville-Browns Ferry Road. According to a presentation given during a public hearing Monday, the new development will connect to Bellawoods East and include 104 single-family units, though it will only be a net gain of 70 homes due to a 34-home reduction in Bellawoods East.

In District 3, Barnett's Crossing is set to include 113 townhomes restricted to residents ages 55 and older, along with 68 single-family homes. The 93-acre property is located between Segers and County Line roads in southeast Limestone County. A map provided during Monday's council meeting shows a railroad track running along the southern edge of the property, where some of the townhomes will be located.

While some praised the addition of new roofs in Madison, especially for older residents, several voiced their concerns about the projects during the council's nearly five-hour livestreamed meeting. One resident, who said he lived in the Greenbrier Hills subdivision near the Barnett's Crossing property, said he and his neighbors already face enough issues with water pressure. Others worried how the developments would affect road quality, traffic congestion and local schools.

Council members, for their part, thanked residents for taking an active role during the public hearing. Some noted before the vote that no matter how it went, they hoped residents knew they had Madison's best interests at heart.

"We may agree, we may disagree, but at the end of the day, everyone up here is trying to do what they think is best for Madison with the information they have," Teddy Powell, who represents District 3 in Madison County, said.

"Everything we do applies to us," John Seifert, who represents District 7 in Madison County, said. "We pay taxes, we live here, we're subject to the same laws."

Ranae Bartlett, who represents District 5 in northeast Madison, said she felt optimistic about Madison's future, adding the growth is "like we've never seen before" in the area. She compared decisions like those Monday to a game of chess in which players must look for several pivotal moments and consider each of the possible results from their actions. For this, she said, a comprehensive growth plan was needed for Madison.

Council President Greg Shaw said it was hard to create a plan for the next few decades when their four-year term meant they may not be around to guide that future forward. To that end, Karen Denzine, who represents Madison's District 6 in Madison County, said she hopes the plan is good enough that whoever succeeds them chooses to follow it.

"The planning is so essential," Denzine said. "We keep adding people and all that, but at some point, it all gets to be too much for our city."

She voiced concern about the location of the developments in relation to fire departments and other key services. Madison currently lists three city fire stations on its website, but the nearest fire station to Barnett's Crossing from any local department is Segers Volunteer Fire Department.

Denzine said she had no problem with a smaller number of houses being built, but given the issues already faced in the area, she wasn't sure building 181 new homes in a 53-acre space was the best use of the property.

Ultimately, the votes against came from Bartlett, Denzine and Connie Spears, who represents District 2, where the Bellawoods West development will be, voted against the proposed ordinances for Bellawoods and Barnett's Crossing. Shaw, Seifert, District 3 representative Teddy Powell and District 1 representative Maura Wroblewski voted for the developments, outnumbering those against.