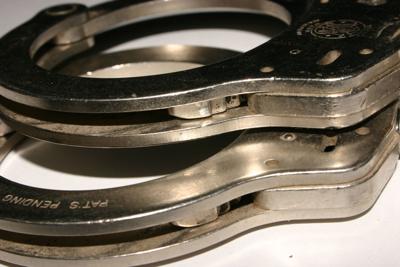 An Athens man convicted of killing one person and severely injuring another while driving under the influence has been sentenced to 25 years in prison, records show.

Scotty Dale Moss had been indicted on one count of reckless murder for the death of Lloyd Jason Reed in October 2018 and first-degree assault for injuries suffered by Reed's teenage stepdaughter, Sadie Norman. He was convicted May 20 on the assault charge and DUI (alcohol), but the jury opted to convict him of reckless manslaughter instead of murder.

In a sentencing brief filed by the Limestone County District Attorney's office, Assistant District Attorney Bill Lisenby said Moss' "record of convictions demonstrates his total disregard for the traffic laws" and requested "severe punishment ... to deter others from taking the course of action that (Moss) took." They recommended 25 years for manslaughter, 15 years served consecutively for the assault conviction and 12 months served concurrently for the DUI conviction.

Records show Limestone County Circuit Court Judge Robert Baker on June 10 sentenced Moss to that amount of time but with the 15 years also served concurrently and with credit for time served. Baker also ordered Moss to pay $10,600 in fines and the assessed court costs.

Moss had been out on bond, awaiting a chemical endangerment trial, when he and friends gathered at his home Oct. 2, 2018. Moss testified he had multiple shots of Fireball but believed he was OK to drive when he got behind the wheel of a GMC Envoy, headed to put air in the tire of a dirt bike he and friends had been riding near his home.

On his way back, Moss said he took his eyes off the roadway. Alabama State Troopers say that's when he crossed the center line, colliding head-on with the Chevrolet El Camino driven by Reed.

Reed and Norman had been on their way back home from Lowe's in Athens, where they were picking up supplies for a home improvement project they were working on. Reed was killed in the wreck, and Norman had to be taken by helicopter to Huntsville Hospital for treatment.

A test administered at a local hospital after the wreck showed Moss' blood-alcohol content to be nearly double the legal limit. He was released from the hospital and arrested the next day, then indicted in June 2019.