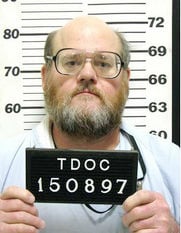 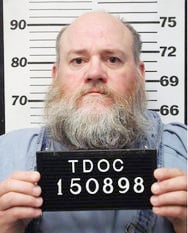 A television episode about Pete and Pat Bondurant — the stout Tennessee twins convicted in the 1986 murders of three people — will air March 27 on Investigation Discovery channel.

The episode will be featured on the season premiere of the show “Evil Twins” at 9 p.m. Thursday, March 27, Central Standard Time, said Lauren Fleming, associate producer of Sirens Media.

“Evil Twins” features stories about “real-life sinister sibs,” according to the Investigation Discovery website. The episode is billed as “a creepy tale of obese brothers who terrorized a town,” the website reads.

In 1991, the brothers were convicted in the 1986 murder of 24-year-old Gwen Dugger, an Ardmore mother who was last seen near Pat’s rented house near Shady Lawn Truck Stop north of Elkton, Tenn., on May 30, 1986. The brothers were accused of drugging her, raping her, murdering her and burning her body in a 55-gallon drum, crushing her remains and dumping them in the Elk River.

Pete was also convicted of helping his brother to dismember Gaines’ body and to burn his home. Gaines’ skull fragments were found in May 1990 outside the back of a rural Lawrence County home belonging to the Bondurant brothers’ parents. The discovery and identification of those remains led to their arrests.

The brothers, now age 58, began serving their prison sentences April 10, 1990, and are currently incarcerated in the Northeast Correctional Complex in Mountain City, Tenn., according to the Tennessee Department of Corrections.