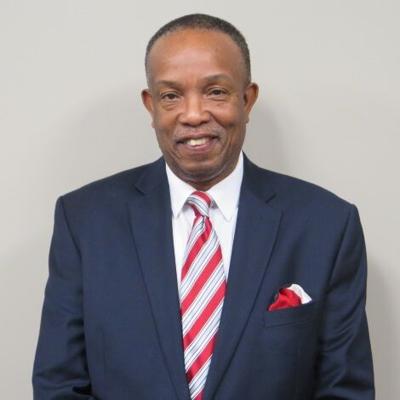 The state chapter of the NAACP has decided to begin inducting people into a hall of honor, and one member of the inaugural class will be very familiar to residents of Athens.

City Councilman Frank Travis, the representative from District 3, was one of four people inducted into the Alabama NAACP's first hall of honor class over the weekend.

Travis is among elite company in the inaugural hall of honor class. One of the other inductees is Fred Gray, a civil rights attorney from Montgomery who defended Rosa Parks after she was famously arrested for refusing to give up her seat on a segregated city bus. Gray has also worked with the likes of Martin Luther King Jr. and Thurgood Marshall throughout his career.

“My response was, 'How in the world did Frank Travis get put into this category?'” Travis said. “It is a blessing from God. I appreciate it very much. I am blown away about it.”

The other two members of the inaugural class are Della Bryant and Mary Walker. Bryant is president of the Montgomery chapter of the NAACP, and she worked with Gray during the Parks case.

Walker has been a longtime member of the NAACP chapter in Mobile and last served as its secretary. Travis said the NAACP asked him for a resume and later sent a letter saying he had been awarded the honor.

“There are nine criteria, and I don't know what they are, but they said I met all nine,” he said.

“Frank is very worthy of being inducted,” said Benard Simelton, president of the Alabama NAACP. “His work with the ACT-SO program in Limestone County and all the other things he does make him uniquely qualified for the honor. We are glad to have him as one of the inductees.”

ACT-SO is the Afro-Academic, Cultural, Technological and Scientific Olympics, an achievement program designed to recruit, stimulate and encourage high academic achievement and cultural participation among Black high school students, according to the NAACP. Almost 300,000 young people have participated from the program since its inception.

Travis said local students in the program have traveled all across the country over the last several years, competed and “done well.”

“We have had three national winners from Limestone County,” he said. “We are the only ACT-SO program for NAACP in the state of Alabama that has been consistent over the last 10 years.”

Simelton said the Alabama NAACP planned on inducting the inaugural hall of honor class during an in-person program, but the pandemic forced the event to be held virtually instead. He said people inducted into the hall will have a plaque hung in their honor at Talladega College, where the first chapter of the NAACP in Alabama was founded in 1913.

“We felt like that was an appropriate place to honor them,” Simelton said.