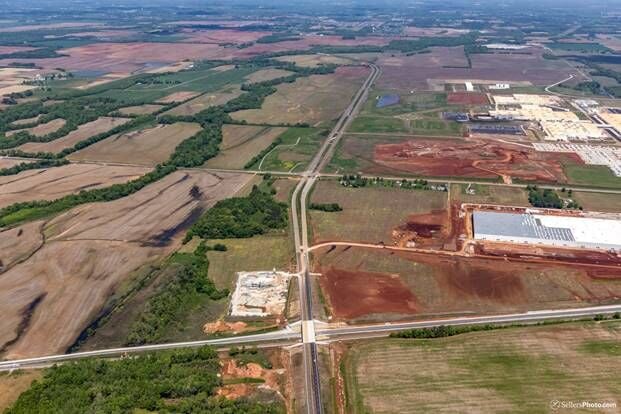 A portion of Greenbrier Parkway, seen here near the Mazda-Toyota Manufacturing campus in Huntsville-annexed Limestone County, opened Friday to traffic. Another 4.5 miles of the parkway remains under construction. 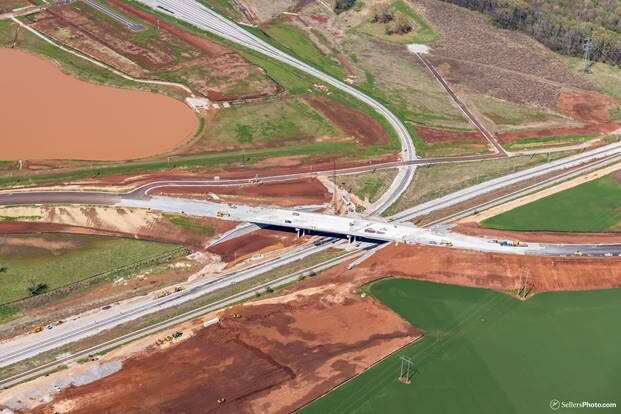 Crews work to complete a bridge over a Norfolk-Southern rail line on Old Highway 20. The highway reopened to traffic Friday.

The multimillion-dollar projects opened to the public Friday. The improvements were part of Huntsville's infrastructure commitment to the new Mazda-Toyota Manufacturing plant in Huntsville-annexed Limestone County, which is expected to begin production later this year.

"The opening of these two long-awaited projects is good news for not only Huntsville's citizens, but also our partners in the City of Madison and Madison and Limestone counties," Huntsville Mayor Tommy Battle said. "These improvements were part of our commitment to Mazda-Toyota and should help provide safe travel here and back for their thousands of workers."

"The Limestone County Commission is excited to see this new avenue of transportation open in the eastern part of our county, which will ease traffic flow to and from Huntsville," Daly said. "Thank you to the City of Huntsville for this important piece of infrastructure."

Old Highway 20 has been used for years as by local farmers and commuters in need of a less-congested route to Interstate 565 from County Line Road. It was two lanes with open shoulders and a rail crossing without a crossing gate.

Now, the route is five lanes with space for bicyclists and elevated bridges over the Norfolk-Southern rail line and over Beaver Dam Creek.

The four-phase project began in 2019 and cost nearly $35 million, according to the city.

The 5.5-mile section of Greenbrier Parkway also includes an elevated bridge over a Norfolk-Southern rail line, with another over Limestone Creek. The city said in a release that there are plans to add street lighting and new traffic signals at the Mazda-Toyota campus and Mooresville Road as work continues along the road.

About 4.5 miles of Greenbrier Parkway, from west of Mooresville Road to Huntsville-Browns Ferry Road, remains under construction. When completed, drivers will have a 10-mile route between I-565 and Interstate 65, according to officials, with direct access for workers and suppliers in and out of the Mazda-Toyota campus and for many others in the community.

To date, the Greenbrier Parkway has cost $60 million, with portions of the funds coming from the U.S. Department of Transportation, ALDOT and tax increment financing districts approved by the Huntsville City Council, according to the city.