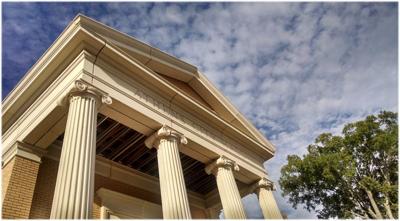 Work on the Pryor Street roundabout project that will support the new MidTown Center shopping area will begin next month, according to a release from the City of Athens.

MidTown Center will feature a new Publix — Athens' second location — being constructed on U.S. 31 at the former location of Kmart.

The City Council approved the construction of a roundabout on Pryor Street in March. Mayor Ronnie Marks said an access road between the new Publix and Pryor Street is part of the project.

“It has been designed for a long time, and we have appropriated the money,” Marks said of the roundabout project in March.

According to the City, installation of message boards warning of upcoming road closure will begin Wednesday on Pryor Street. Detour signs are set to go up Sept. 7–9, and work is scheduled to begin Sept. 15, shutting down the street and beginning construction.

The City said the project is expected to take up to six months, depending on weather. The road closure will begin at Athens Seventh-day Adventist Church. The City said the church will still be able to access its parking lot, Golden Eagle Drive and Boardwalk will remain open, and residents will still have access to driveways.

Hobbs Street will serve as the detour, the City said.

“This is a way for us to handle traffic,” Marks said in March. “What we're trying to do is slow down traffic, but we don't want a four-way stop backing vehicles up all the way to Highway 31. We'll have kids coming out of school, and after the roundabout, you enter a residential area.”