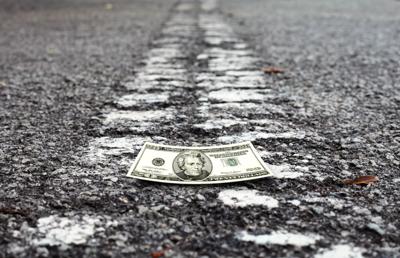 Traveling to downtown Elkmont will soon be a smoother experience, thanks in part to state funding awarded Tuesday for road projects in the area.

Gov. Kay Ivey and the Alabama Department of Transportation announced Elkmont as home to one of the 21 projects selected for the latest round in the annual grant program. The program was created under the Rebuild Alabama Act and requires $10 million to be set aside each year for projects at the local level.

“More and more Alabamians are seeing road projects in their communities,” Ivey said. “As we near the second anniversary of the passage of the Rebuild Alabama Act, we are showing the people of our state that we are true to our word, and money is being spent wisely. All revenue is being used to enhance critical infrastructure to make Alabama a better place to live, work and play.”

The Town of Elkmont received $217,206.28 in grant funds and provided $20,000 in matching funds to pave 1.381 miles on Sandlin Road, Ridge Road and Clay Street. Elkmont Mayor Tracy Compton said the Top of Alabama Regional Council of Governments served as grant administrator for the town, and he hopes to continue working with TARCOG and the Limestone County Commission to continue improving infrastructure.

“We are super excited about that,” Compton said, adding this is the first road grant funding Elkmont has received in nearly a decade.

He said Sandlin Road needs more than paving, but this project will help get people into downtown Elkmont in a safe manner. The road is one of the main routes from Interstate 65 to the town, passing Aviagen and the Elkmont Volunteer Fire Department along the way.

The area is part of District 1 of the Limestone County Commission, which is represented by Daryl Sammet. Sammet said he was proud for Elkmont to get the grant.

“The submittal of this project was definitely a teamwork effort, and I would like to thank the Limestone County Legislative Delegation, Town of Elkmont, Limestone County Commission Engineer Marc Massey and Top of Alabama Regional Council of Governments,” he said.

Elkmont was the only Limestone County recipient announced Tuesday. Another round of projects is expected later this year, according to the announcement.