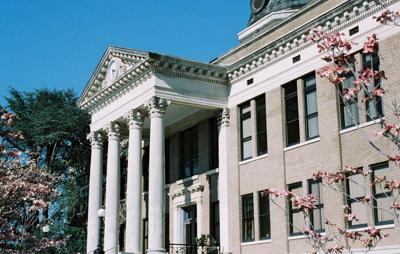 It's been months since the Alabama Supreme Court ordered a temporary halt to in-person proceedings, and there's a few months left to go before jury trials can resume. However, crime has yet to take a holiday, even for a global health crisis.

Arrests are still being made, investigations continue and the need for a grand jury to determine if a case can advance to the circuit court for a jury trial remains the same. But, when jury summons are banned until at least July 1 and new grand juries may not be empaneled until at least September, how does one keep the entire process from coming to a halt?

Well, you ask for permission to bring back a previous grand jury — which is exactly what Limestone County Circuit Judge Bob Baker did earlier this year. The state Supreme Court granted his request, allowing the county courthouse to prevent even more backlog when courts can resume normal operations.

"The key is to keep the whole system moving the best way we can," Limestone County District Attorney Brian Jones said.

He said defendants are still allowed to plead guilty and resolve their case without a trial, but for many violent offenses, going through a grand jury is a major step. He said the county was "getting a little top-heavy" with major crimes that had basically stalled.

Fortunately, Jones said there was a grand jury called last year that met again in February and, with the state's permission, would be eligible to meet again this month. Even better, each juror was on board.

"This group has really been fantastic," Jones said. "When I tell them what's going on, every single one has been like, 'Well, what time do I need to be there?'"

To comply with social distancing guidelines and protect jurors, they met in a larger room of the county courthouse. Each juror wore a mask and was supplied with hand sanitizer to use, and the room was marked off so they could stay 6 feet apart.

Jones said they've managed to process more than 200 cases, which is fewer than average, but he feels better knowing it's also 200 fewer than he'd have to present later this year — or next.

"There's no guarantee that the Chief Justice (of the Alabama Supreme Court) doesn't say maybe October, maybe later, and start moving things around," Jones said. "As long as we've got this one seated, we're going to use them as much as possible."