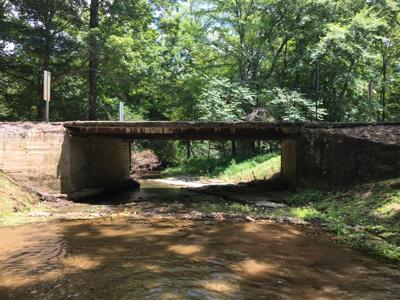 Limestone County is among the six cities and counties to receive funding for road and bridge projects in the final award cycle of Alabama's Annual Grant Program, created under the Rebuild Alabama Act.

Ivey announced $1.5 million in state funding would be split equally for the projects, meaning Limestone County will receive $250,000. The money is set to be spent on replacing a bridge on Thach Road in District 1. Built in 1951, the bridge is within 5 miles of Alabama 53 in an area that is seeing steady growth, according to the Limestone County Commission.

"We are grateful for the investment that the Annual Grant Program is making in our county," Collin Daly, commission chairman, said. "The replacement of this bridge is vital to the improvement of our infrastructure in this area for future growth."

Thirty-seven other projects were funded earlier this year, bringing the total amount of state funds during the inaugural year of the program to $10.2 million. The Rebuild Alabama Act requires the Alabama Department of Transportation to set aside $10 million from the state's portion of gas tax revenue each year for local road and bridge projects.

"We are well on our way to rebuilding Alabama's roads and bridges, and this $1.5 million is a significant step of the process," Ivey said. "When I signed the Rebuild Alabama Act into law, I assured the people of Alabama that all areas of our state would see a benefit, and we are delivering on that promise."