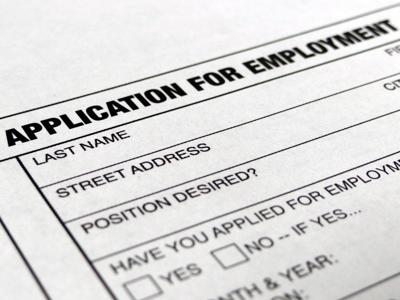 People across the country often make the state of Alabama the brunt of jokes. Residents are sure to have heard at least one of them in the past.

When it comes to employment, however, the joke is on 40 other states.

The rate in April 2020 at the height of government-mandated shutdowns due to the COVID-19 pandemic was 14.7%, the highest figure ever recorded going back to January 1948 when the data began being kept. However a national unemployment rate of 24.9% is estimated to have occurred in 1933 during the height of the Great Depression.

Alabama has yet to release its own statistics for December, but both state and county figures can be compared to the national unemployment rate, which was also 6.7% in November of last year.

During that same month Alabama posted an unemployment rate of 4.4%, while Limestone County returned to pre-COVID numbers at 2.7% which was second only to February's 2.1% for the year.

Limestone County posted an 11.5% rate at the height of layoffs during the government-mandated shutdowns last year, well below the aforementioned national 14.7% rate.

According to the U.S. labor bureau statistics for November, there were only six states that posted a lower unemployment rate than Alabama.

Nebraska and Vermont tied for the lowest rate at 3.1%, while Alabama was tied for seventh with Minnesota, Missouri and South Carolina at 4.4%. For comparison, New Jersey came in 51st with a 10.2%. The District of Columbia, tied for 40th with New Mexico at 7.5%, is included among the statewide rankings.

The Alabama Department of Labor began paying an additional $300 weekly benefit enacted by the CARES Act extensions Jan. 5. The payment is part of the Federal Pandemic Unemployment Compensation program.

According to ADOL, claimants who are eligible for the extra benefit do not need to take any additional action other than to continue filing weekly certifications.

“ADOL worked quickly to implement these new legislative changes, in order to get this aid to struggling Alabamians as fast as possible,” Alabama Department of Labor Secretary Fitzgerald Washington said. “Guidance was received from the (United States Department of Labor) on Friday, Jan.1, and funding was received by Monday, Jan. 4, so in all, ADOL was able to get funds out within five days.”

ADOL said an estimated $41 million in extended program payments was released on Jan. 5 to approximately 85,000 claimants.