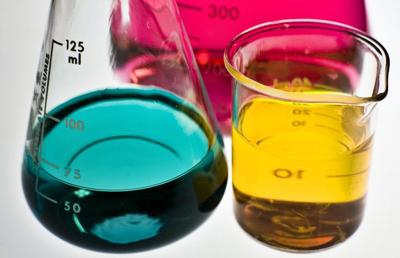 MONTGOMERY, Ala. (AP) — The Alabama Department of Environmental Management announced Friday that it has reached an agreement with chemical giant 3M regarding cleanup of "forever chemicals" at its plant in Decatur and at multiple sites in northwest part of the state.

The state environmental agency said under the interim consent order that the company must assess waste sites in Morgan and Lawrence counties and cleanup sites contaminated with a class of chemical compounds commonly known as per- and polyfluoroalkyl substances. The substances are in a family known as "forever chemicals" because they do not degrade in the environment.

The company must also put in place a system to monitor, test and research the effects of exposure.

"It protects the public from both past and future contaminations and puts Alabama ahead of the game in regulating these harmful compounds. This agreement expands ADEM's ability to control PFAS beyond what would otherwise be available," ADEM Director Lance LaFleur said in a statement.

"3M will pay what it takes to fix permanently whatever PFAS problems it created, in addition to the requirements for investigations and research on any effects of PFAS on public health and the environment, LaFleur said.

The agency said 3M will assume all the costs of the assessments, remedial actions and research associated with the consent order. Penalties will be assessed later.

"During the last 12 months, we have identified areas where we can do more and better, and we're committed to doing our part in our operations moving forward," Michelle Howell, 3M Decatur plant manager, said in a statement.

The company said it will communicate about its actions on its newly launched webpage: www.3M.com/AlabamaStewardship.