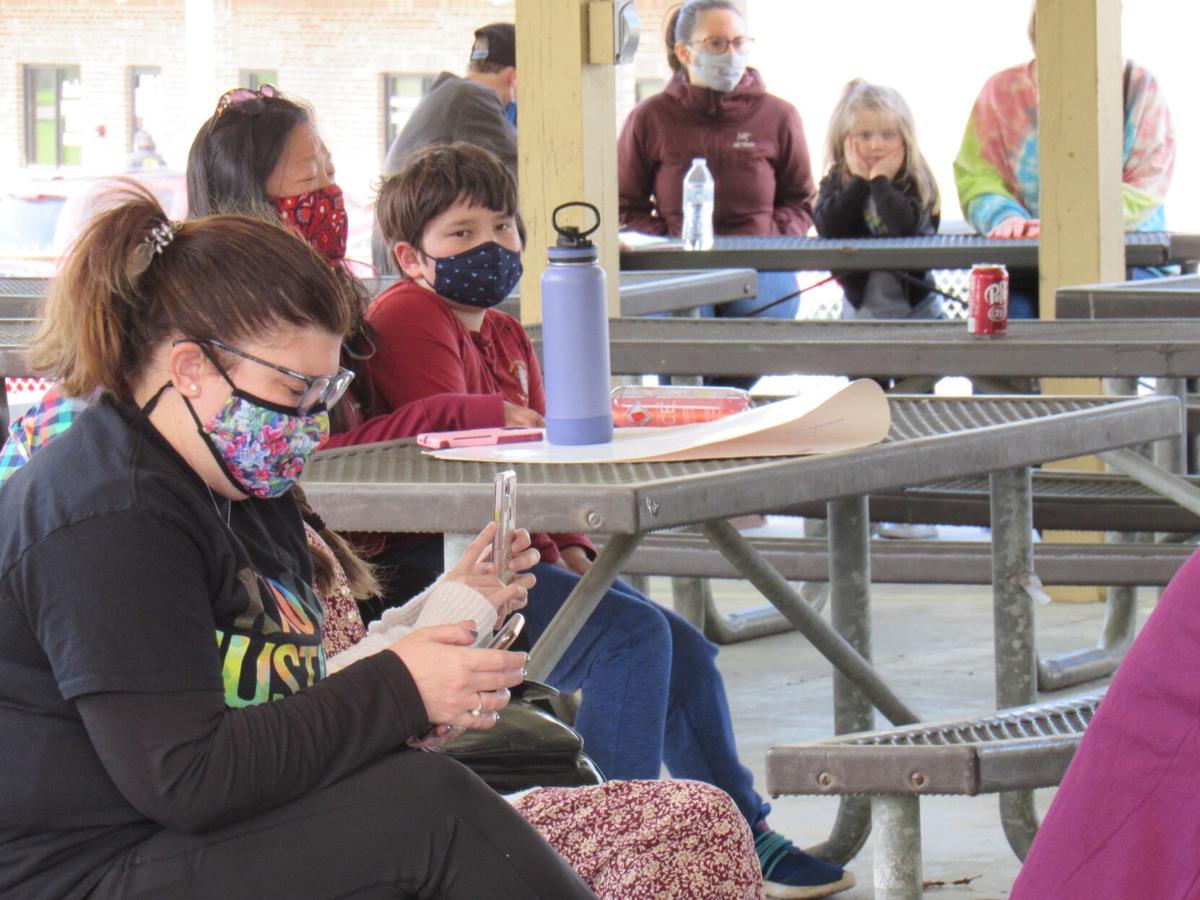 Audience members listen and record portions of a 'Stop Hate' rally Sunday in Athens. Some brought young family members with them to the event. 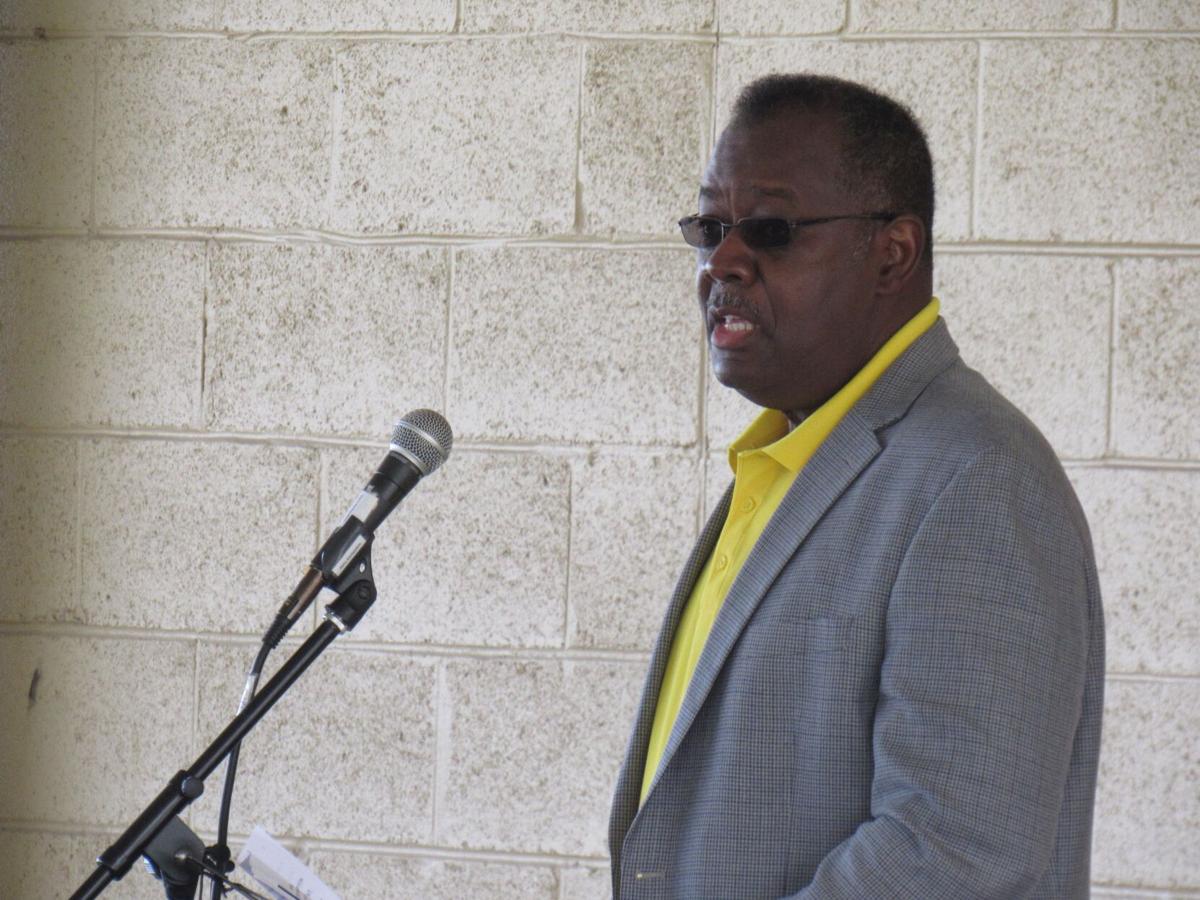 Benard Simelton, president of the Alabama NAACP, speaks at a 'Stop Hate' rally Sunday in Athens. Simelton called on those in attendance to join NAACP and others in fighting against racism and injustice in America. 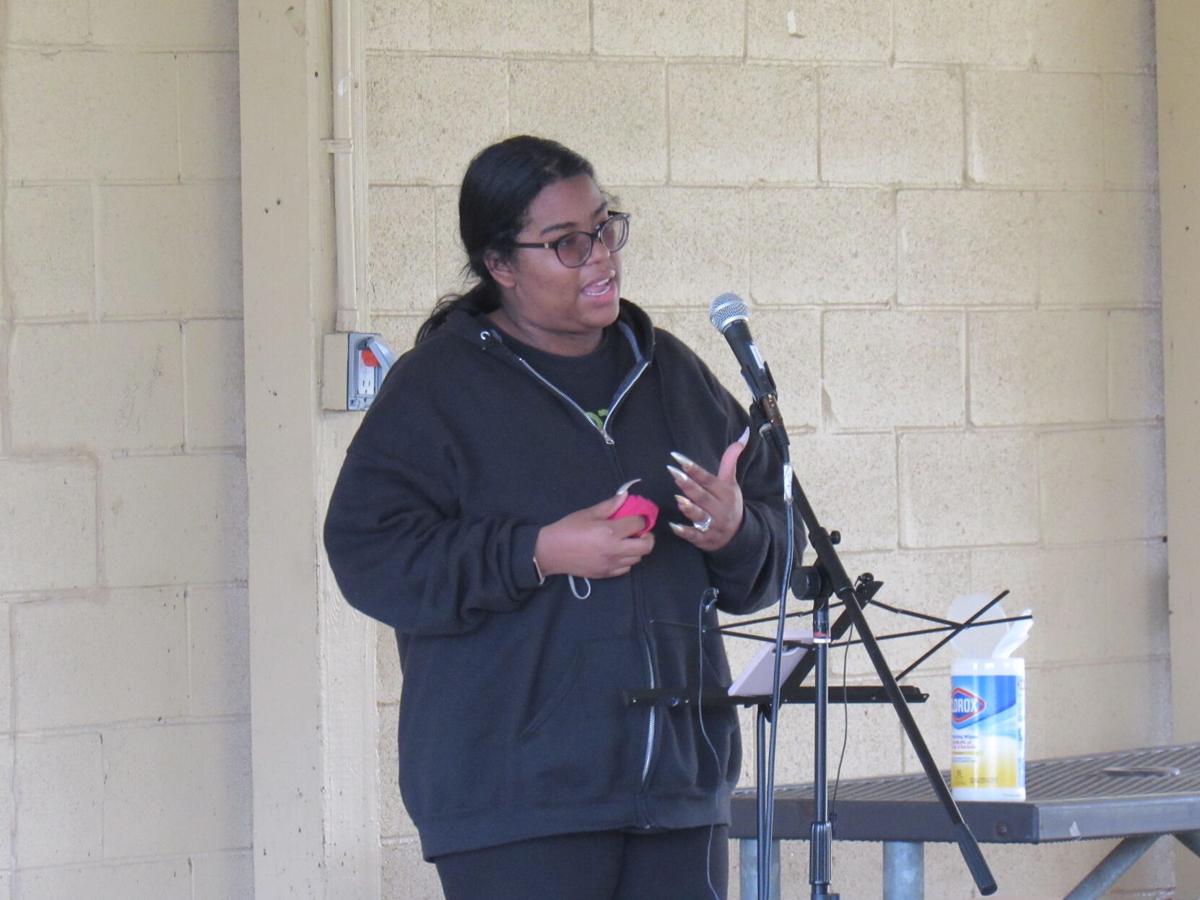 Diana Isom of Black Lives Matter Athens shares her experience with racism and why she was motivated to tackle the issue in Limestone County during a "Stop Hate" rally Sunday in Athens.

Multiple organizations from across the state gathered Sunday in Athens in a joint stance against racism, terrorism and anti-Asian violence.

"It was such an excellent event and amazing show of solidarity with the AAPI community," said Hanu Karlapalem, chairman of the AAPI Caucus of the Alabama Democratic Party. "Honestly, I think every speaker did an amazing job, and everyone stayed until the end. That's how attentive all in the audience were."

More than 20 people signed up to speak at the event, including local pastors, activists and organization leaders. Several shared their personal experiences with racism. Jai Kim, a North Alabama native and Asian American veteran living in Georgia, said two girls in her neighborhood stopped what they were doing to call out "COVID" at her.

Kim said she spoke with the girls' family, only to have the same white man she spoke with later accuse her of being racist because the girls were "one-eighth Native American" and demand to know where she worked so he could get her fired.

Diana Isom, who represented BLM Athens at Saturday's rally, described herself as a "triple whammy" because she is a woman of African and Latin American descent. She has admitted to trouble speaking before crowds but said an incident at Walmart in Athens inspired her to take a more active stance against racism in Limestone County.

"I was getting ice cream and a woman bumped into me and said, 'Watch where you're going, N-word,'" Isom said. "... I had experienced racism, but not that blatantly."

Other speakers joined Isom in calling for action, with many saying that action needed to take place in the voting booth.

"We have a midterm election coming up next year," said Benard Simelton, president of the Alabama NAACP. "We must do all that we can to ensure those who do not have our interests at heart are not elected or re-elected."

"Every one of us here wants to see change," said Eddie Walton Jr., pastor of New Beginnings Covenant Ministries in Belle Mina. "... How many are ready to have that conversation and expose the individuals in your circle?"

The rally was organized in response to a March 16 killing spree in Georgia in which eight people, six of whom were Asian women, were murdered. Organizers said the rally was meant to remember the women lost as well as the AAPI women who face hypersexualization and violence daily.

"Neither threats nor violence will silence AAPI people or the millions who stand with them," reads a release about the event. "This rally affirms that we stand steadfastly together against bigotry in all its many forms."

Karlapalem said other events have been planned throughout the state, including a vigil held the week prior in Birmingham and an upcoming rally in Montgomery.