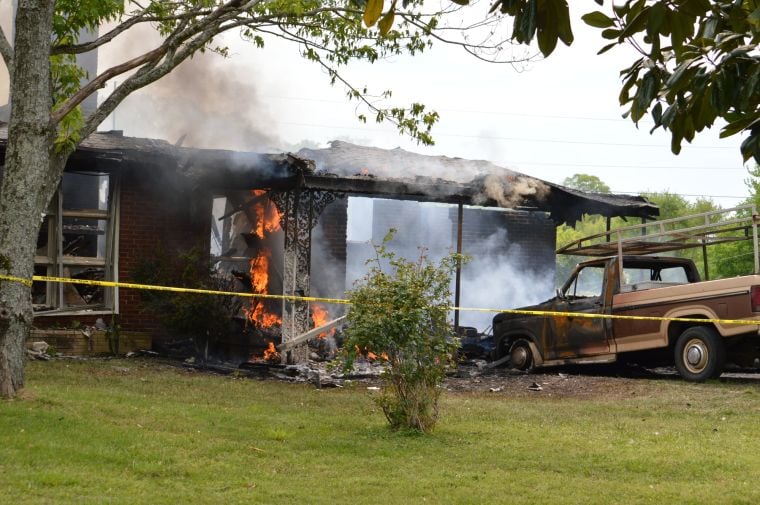 A truck that had been recently worked on sparked a fire under a carport at 19308 Alabama 127 early Friday morning destroyed the house and belongings of those renting the dwelling. 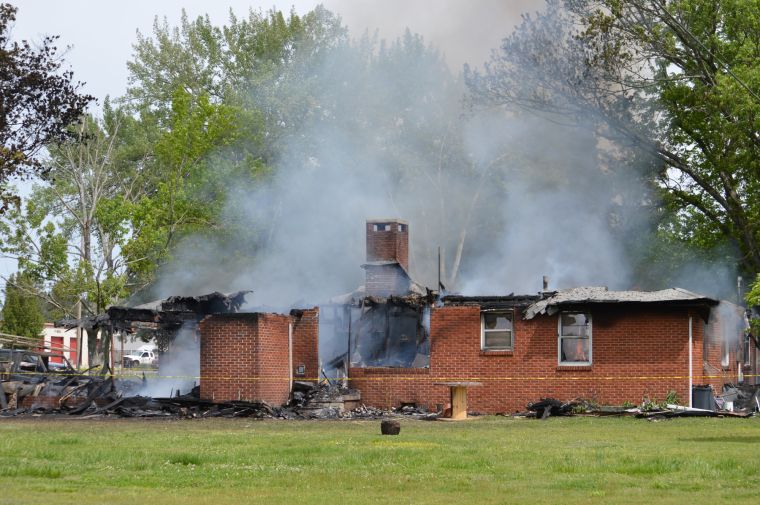 A truck that had been recently worked on sparked a fire under a carport at 19308 Alabama 127 early Friday morning destroyed the house and belongings of those renting the dwelling.

Shane Osborn wandered toward the kitchen of his home north of Athens in the wee hours Friday to find a cold drink.

What he found was a fire engulfing the family’s Ford F150, the carport above it and the nearby ceiling of their rental home at 19308 Alabama 127.

“I had just gone in the kitchen to get a cold drink when I saw the truck in flames and I ran to the back two rooms to wake my mom and dad,” said Osborn, 34.

Through the thickening smoke and flames, Osborn and his mother and stepfather, Rose John Rayburn, were nudged to safety by their Labrador mix, Angel, and escaped unharmed.

Osborn said he telephoned for help about 2 a.m.

Next-door neighbor Billy Aycock said one of his family members spotted the fire and also telephoned the fire department.

Firefighters from Piney Chapel and Owens were unable to save the 50-year-old, one-level brick home, despite dousing it with 10,000 gallons of water.

Although the Limestone County Chapter of the American Red Cross will put a roof over the family’s head until Monday, they have no renters insurance and could use donations of clothing, appliances, furniture or house wares.

“They lost everything but the clothes they were wearing,” said Rose’s sister, Teresa Finch of Moulton.

“Anything anyone can donate would be greatly appreciated,” said Finch, adding that both Rose and John are disabled. “I would be glad to pick it up.”