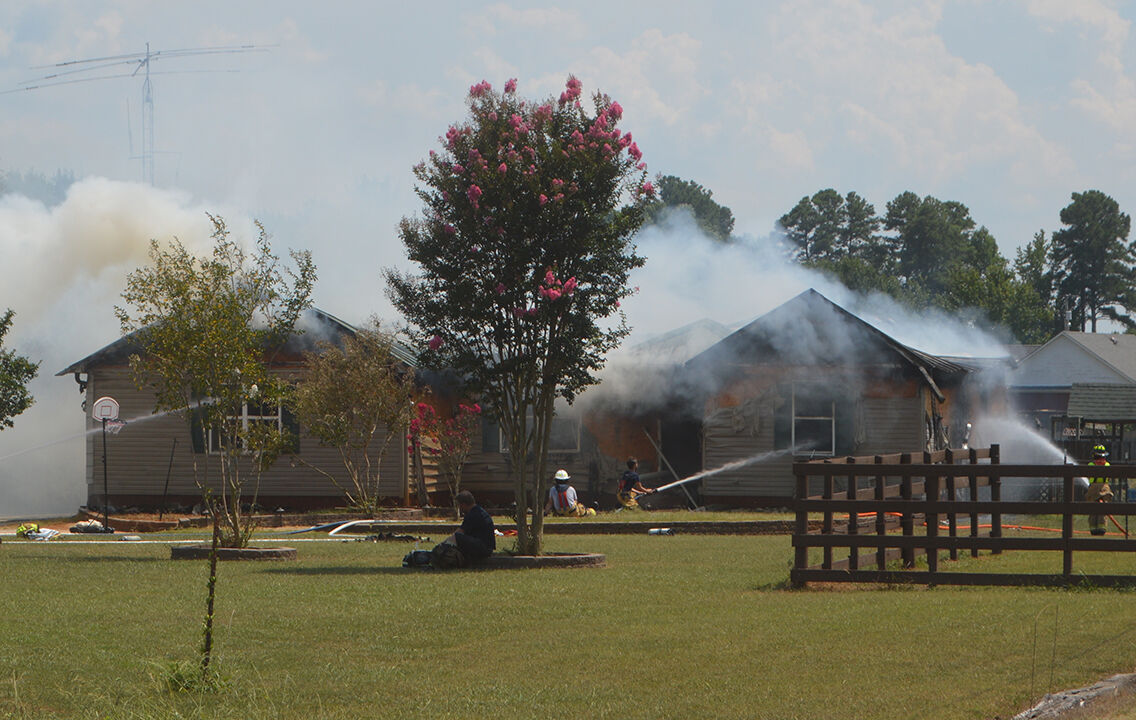 Firefighters from several departments across Limestone County work to extinguish a house fire Monday on Copeland Road near Sharp Road in East Limestone. The home is considered a loss, and the fire is under investigation. 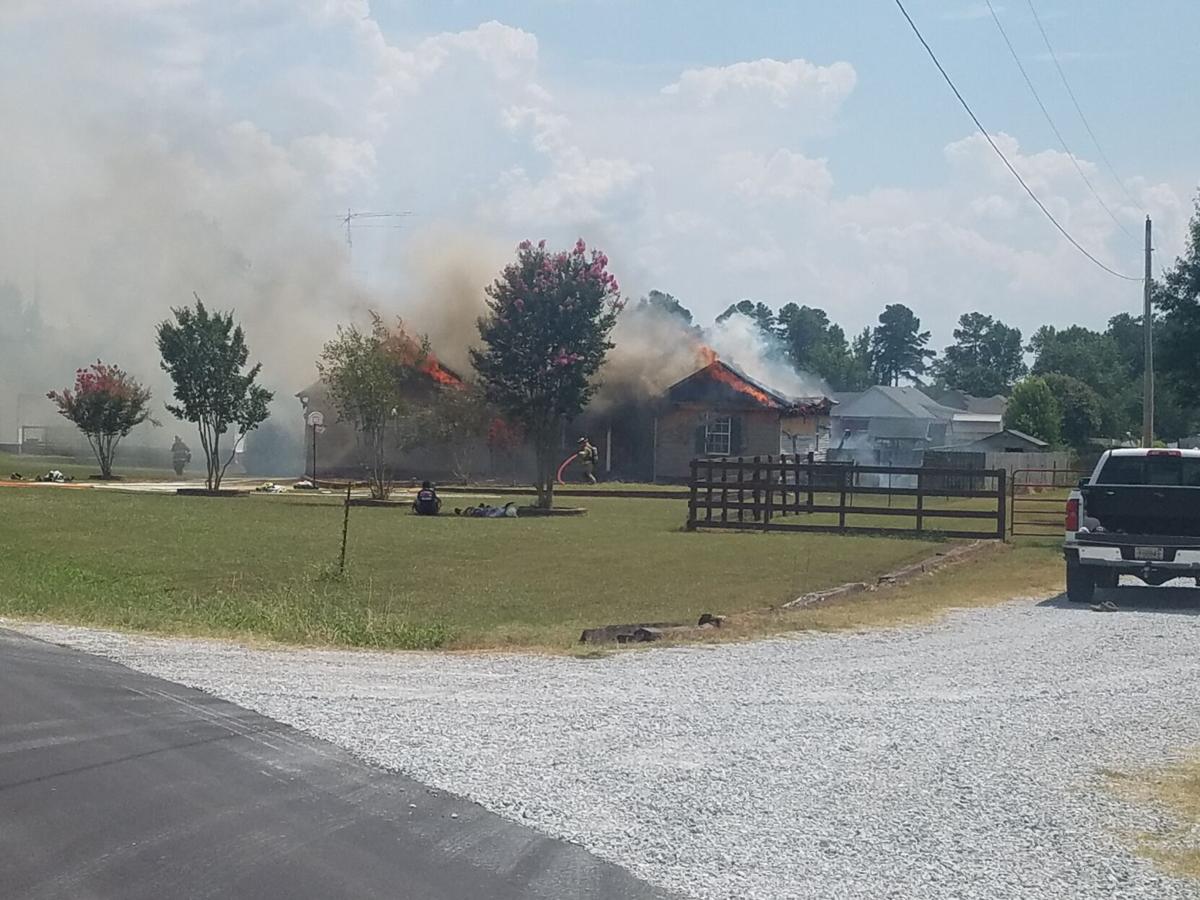 Firefighters from several departments across Limestone County work to extinguish a house fire Monday on Copeland Road near Sharp Road in East Limestone. The home is considered a loss, and the fire is under investigation.

Editor's note: The story has been updated with video, which was taken by Mark Doering. The video shows Matthew Allen praying with firefighters and first responders after his Copeland Road home was destroyed by a fire.

Volunteer firefighters from several departments across Limestone County fought more than a house fire Monday on Copeland Road. They were also battling the heat.

The fire is believed to have started in the attic of a home in the 26000 block of Copeland Road near Sharp Road, according to East Limestone Volunteer Fire Capt. Tony Kirk, whose department was dispatched to the scene around 1:08 p.m. Monday. No one was in the home when the fire started, according to reports. Kirk said when they arrived on the scene, the structure was on fire in the attic across both sides of the home.

Though temperatures were in the mid-90s Monday in the community, heat index values were topping more than 100 degrees. East Limestone VFD received mutual aid from several departments, including Oak-Grove Thach, Segers and Piney Chapel VFDs and Athens Fire & Rescue. They worked together for about five hours to extinguish the fire.

Limestone County Sheriff's Office deputies and Athens-Limestone EMS were also dispatched to scene to help firefighters. One firefighter was taken by EMS to the hospital with heat-related illness.

Neighbors in the community, friends and the family who lost their home in the fire provided water, ice and other aid to the firefighters.

“Everybody is exhausted,” Kirk said on the scene. “They are completely and totally exhausted.”

Kirk explained when it's as hot as it was Monday, a firefighter's body can lose so much fluid, it almost shuts down. He said firefighters can work about five to 10 minutes before they have to stop and take a break.

The cause of the fire is under investigation.