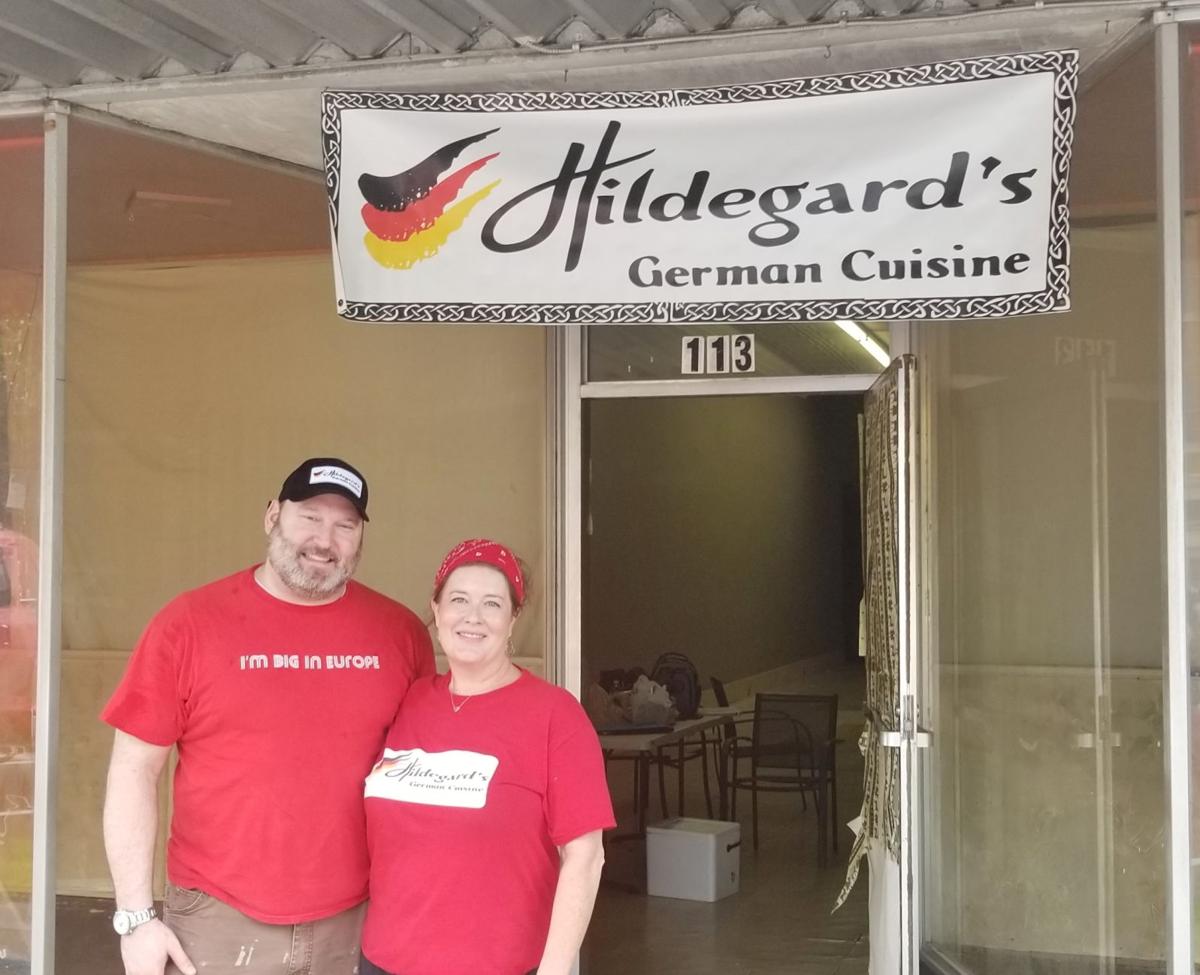 The new Hildegard's German Cuisine restaurant in Athens will be owned and operated by Eric and Amy Miller. The couple hopes the restaurant will be open by March or April 2020. The Huntsville location of Hildegard's is near the intersection of Whitesburg Drive and Bob Wallace Avenue. 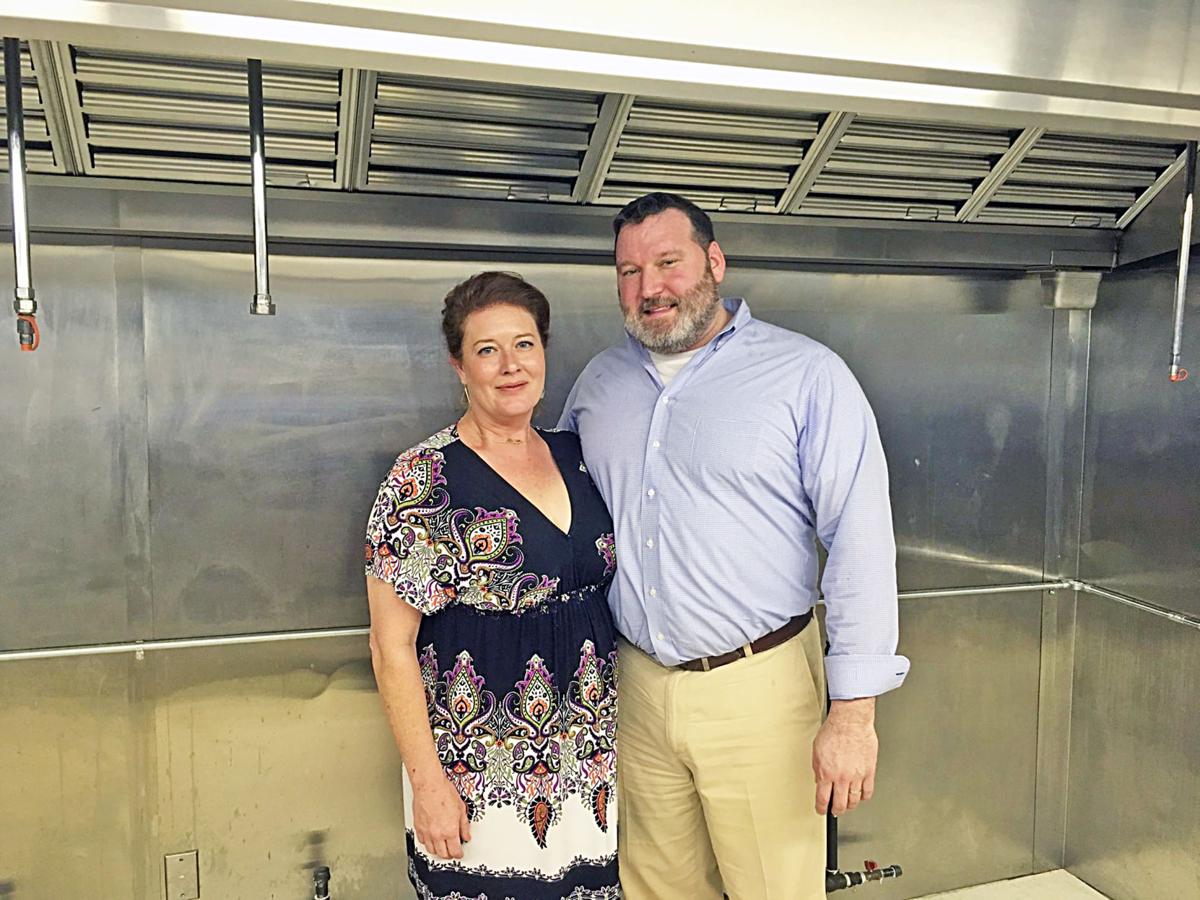 Amy and Eric Miller stand in the kitchen area of what will be the new Hildegard's German Cuisine restaurant on the east side of The Square in Athens. The couple purchased the shuttered Diesel and Lola building for the venture, which should open in the spring of 2020.

The new Hildegard's German Cuisine restaurant in Athens will be owned and operated by Eric and Amy Miller. The couple hopes the restaurant will be open by March or April 2020. The Huntsville location of Hildegard's is near the intersection of Whitesburg Drive and Bob Wallace Avenue.

Amy and Eric Miller stand in the kitchen area of what will be the new Hildegard's German Cuisine restaurant on the east side of The Square in Athens. The couple purchased the shuttered Diesel and Lola building for the venture, which should open in the spring of 2020.

If you have a palate for bratwurst, German potato salad and German beer, you're likely to celebrate the news that Hildegard's German Cuisine will open a second location in Athens.

Owners Eric and Amy Miller made the announcement Monday evening. The couple purchased the former Diesel and Lola building on the east side of The Square.

The Millers also operate a Hildegard's near the intersection of Whitesburg Drive and Bob Wallace Avenue in Huntsville. They hope the Athens location will be open by the spring of 2020, but it may depend on the amount of work to be done and the speed of the contractors.

The road to a second location in Athens spans about 14 months. Eric Miller said the ball got rolling after Athens Mayor Ronnie Marks ate at the Huntsville location. He told the Millers they should think about opening up in Athens and told them to contact One Stop Shop director Amy Golden.

Golden said Amy Miller reached out to her in April 2018 and expressed interest in purchasing a building downtown. At the time, the only available properties were a former art studio and the shuttered Diesel and Lola building. The latter suited the Miller's needs because it already had a dedicated kitchen space.

“We worked with the owner, and things went back and forth and ran their course, and we were able to tie the building down,” Golden said. “I'm very excited, because this is what One Stop is supposed to do.”

The restaurant announcement comes on the heels of the grand opening of Panera Bread, which celebrated its opening with a ribbon-cutting on May 28.

“It is wonderful to see new restaurants like Panera Bread and Hildegard’s locate in Athens and offer options for our growing community,” Marks said in a press release from the city. “We are experiencing growth across our city, so the more options like these we can offer in our various commercial districts, the more we can keep people dining and shopping locally.”

“We are thrilled to have Hildegard’s coming to Downtown Athens,” said Tere Richardson, executive director of Athens Main Street. “The historic property they have purchased will be a perfect spot for another fine restaurant addition to The Square.”

The Millers said the Athens location, like the Huntsville restaurant, would offer authentic German cuisine. However, they said it will be palatable to those unfamiliar with bratwurst or schnitzel.

“Everything that comes out of our kitchen is authentic with a slight twist,” Eric Miller said. “It's comfort food.”

The restaurant building is three stories and dates to 1893. The Millers said the restaurant would be confined to the first floor, for now. Because of city code, they will be required to put in a new fire suppression system.

The front of the building will be reconfigured to accommodate courtyard dining. In addition to inside tables, there will also be a bar and a variety of wine and German beer. The Millers have not decided if they plan to apply for a liquor license.

The third floor may be converted into a loft apartment for the restaurant manager or for the Millers.

About 10 to 15 employees would be hired for the Athens location. The kitchen will serve as a production kitchen for the Huntsville location and a possible third future location, so more employees could be hired to assist the kitchen staff.

Amy Miller explained about 700 pounds of potatoes are peeled each week for the Huntsville restaurant.

“We're doing that round-the-clock,” she said. “Serving two communities, and now having the space to do it, there will be opportunities for folks. We want to bring work here and bring money here.”

When asked about the appeal of Athens, which has far more chain restaurants than mom-and-pop eateries, the Millers said they bring something different to the table.

“There is a larger German population around Athens and outside it, and you have military folks who were stationed in Germany,” Amy Miller said. “It will be something that will blend in very well. You can have a casual meal or a date night.”

Eric Miller said he was overwhelmed by the community support of the venture.

“This all started with the mayor eating in our restaurant, and now 14 months later, he'll have his own personal restaurant,” he said with a chuckle. “Anything for the mayor, right?”