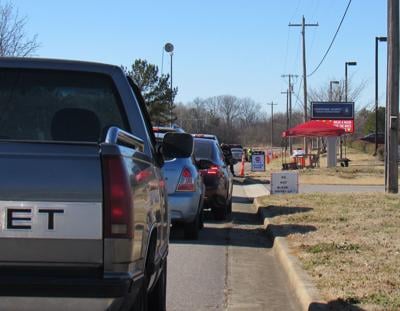 The Limestone County Health Department has announced it will close for the remainder of Tuesday due to current weather conditions. The department and its vaccine clinic will resume normal operations Wednesday, weather permitting.

Extended hours could be announced as the department and clinic resume operations.

Athens-Limestone Hospital's vaccine clinic is also set to reopen tomorrow, though hours will only be 11 a.m. to 5 p.m., according to ALH Spokesperson Felicia Lambert.

The hospital previously announced anyone that had an appointment Monday or Tuesday would be called and rescheduled. Those who were set to receive a second dose were given priority scheduling to ensure they are within the vaccination window, Lambert said.