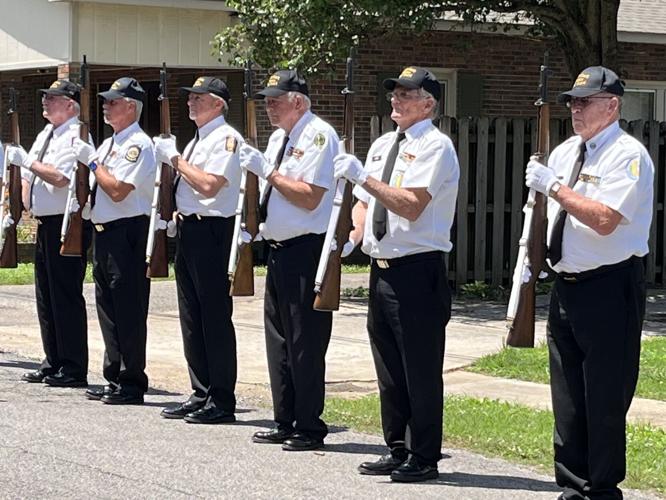 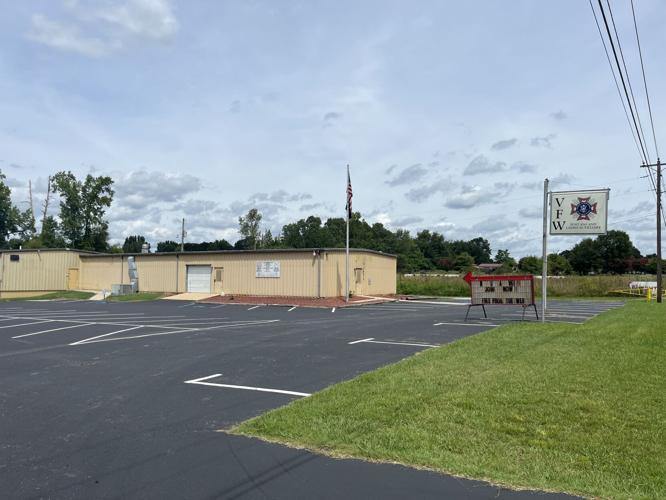 The Limestone County Veterans Honor Guard has been operating in the county for more than 15 years. Currently, seventeen veterans, retirees, and other patriotic individuals serve on the LCVHG. All are volunteers. The group attends approximately 60-80 funerals each year where they perform the three volley salute, the folding of the flag, and the playing of Taps.

“It takes at least 11 members to do a full service, so it is a taxing situation,” Honor Guard member Larry Stovall said.

“We have done up to three in a day and from Athens to Madison to Southern Tennessee. We are the Limestone County, but if the funeral home is in Limestone County and they are handling the services, we go,” member Larry Burlingame added.

The members of the honor guard stress that they pay their own gas, and anything they need comes from their own individual account. According to the honor guard members The News Courier spoke to, a recent decision by the VFW Post #4765 has left the LCVHG without the rifles needed for the funeral services, as well as financially strained.

“Our guns are stored in a safe at the VFW building. That is basically our only tie to them. We are not a budget item on their yearly budget. We receive no money from them. We operate on donations from families and some government grants,” Stovall said. “The only reason we are there is because of the 501c.”

He continued, “I had the checking account in the Limestone County Honor Guard’s name, and I was bonded to write checks. In 2021, a new Quartermaster and a new Commander came into the VFW, which they were voted on. They took office in May or so of that year. They came into our checking account and took it over. They didn’t call me or tell me anything. It is so sad what has been done to us.”

The LCVHC claims that since the honor guard is not made up of all VFW members, the VFW has blocked their access to the rifles for veterans’ funeral services and the money in an account held at the VFW for the honor guard. Attempts to contact the VFW for comment on the matter has been unsuccessful.

In October and September of 2019, eight $600 Community Service grants were awarded to the “VFW Post 4765 Honor Guard” from the individual members of the Limestone County state delegation, according to the grant forms The News Courier obtained. The project description on the grants state, “Funding for the Limestone County Burial Detail to purchase new uniforms” and the contact person is listed as Larry Stovall.

“No one, from either party, has contacted me regarding this conflict. The money that I pledged was for the Honor Guard’s uniforms. This is really unfortunate to have these two groups at odds with each other,” Rep. Whitt said. “My intent was clear, and I expect the VFW to use the money as it was originally intended. As far as the rifles are concerned, I cannot speak to that nor of their ownership.”

Former Representative Danny Crawford also responded, saying, “I am aware of this situation and have sent a letter to VFW requesting they send grant money back for the delegation to reallocate in a new grant to burial detail when and if they can form a 501c entity.”

Also in the account is a $1,000 donation from the Athens Lion’s Club as well as other organizations, businesses, individuals, and families, according to Burlingame. The LCVHG estimates that the account has at least $7,000 in it but are unsure as they have no access to the account.

“We are going to stay as the Limestone County Veteran Honor Guard, per se, doing a flag folding and Taps ceremony until we are able to establish our own 501c and get our own weapons, which could take a while. We want the community to know that we are still going to be serving the community,” Stovall said.

“What our goal is, is to honor our fallen veterans and their families and to do what we can to comfort them at that time. It’s not about us,” Stovall said.

What's your favorite way to celebrate Christmas in Limestone County?