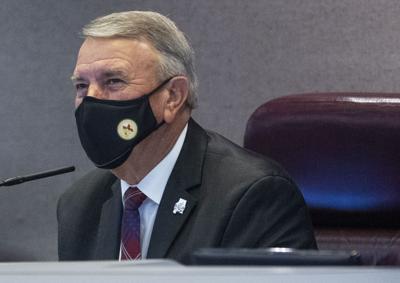 MONTGOMERY, Ala. (AP) — Alabama lawmakers say there may be a special session on how to spend the state’s remaining pandemic relief funds.

Key lawmakers said there are discussions with the governor’s office on calling a special session in which lawmakers would focus only on the relief money allocation during a portion of the upcoming regular session that begins Tuesday.

A spokesperson for Gov. Kay Ivey said the governor “wants this to be an early priority for the Legislature.”

“She has stressed time and again that we need to invest this one-time money, not just casually spend it. Governor Ivey will continue having conversations with the Legislature who is ultimately tasked with allocating these funds. The sooner these dollars reach the people of our state, the better,” Gina Maiola said via text message.

Congress allocated $2.12 billion for Alabama through the American Rescue Plan. The state received the first half in June and has $580 million remaining after steering $80 million to hospitals and nursing homes and $400 million on a controversial prison construction plan. The state will receive a second $1.060 billion in May or June of this coming year. The state also has $191 million allocated through the America Rescue Plan’s Capital Projects Fund.

State House Ways and Means General Fund Chairman Steve Clouse, R-Ozark, has said he expects lawmakers will allocate the $580 million this session and leave decisions on the $1 billion — which the state won’t receive until after the session is concluded — until a later time.

Clouse said he supported the idea of a special session to isolate the issue, and to get money flowing for infrastructure projects.

“We need to go ahead and get the money in the pipeline because it’s going to be hard to get these projects completed in a timely manner over the next few years,” Clouse said.

“It probably should be isolated by itself, so we are only focused on that. I can see the point for having a special within the regular session to isolate how, and what, to spend those COVID dollars on,” Daniels, D-Huntsville, said.

90 of Athens, passed away January 15, 2022. Visitation and Funeral will be January 19, 2022 from 1-3 P.M. at McConnell Memorial Chapel with Joseph Barnes and Tim Anderson officiating at 3P.M. Burial at Limestone Memorial Gardens.

Terry Jean Camp 71 of Athens, passed away Thursday, January 13, 2022 at her residence. Graveside Service will be Monday, January 17, 2022 at 11AM at Gatlin Cemetery with Rick Cantrell officiating.