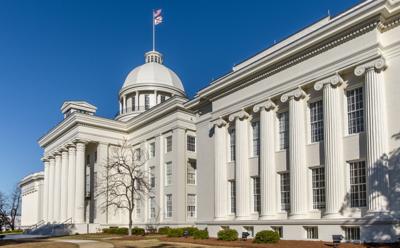 MONTGOMERY, Ala. (AP) — Alabama lawmakers have approved a proposal intended to give judges more discretion to deny bail to people accused of violent crimes that is named in honor of a college student killed in 2019.

Legislators last week approved the proposed constitutional amendment rewriting a section of the Alabama Constitution to clarify a list of offenses where a judge can deny bail. The offenses include murder, kidnapping, rape, and first-degree robbery.

Voters must approve the amendment before it can be added to the constitution.

The proposal is called Aniah's Law for 19-year-old Aniah Blanchard who was killed after being abducted from an Auburn gas station. The suspect in her killing was free on bond in an earlier kidnapping case, authorities said.

"Too many of those who are accused of violent crimes are bonding out of jail and committing even more serious offenses, and it is time for law-abiding Alabamians to start fighting back," Republican Rep. Chip Brown of Mobile, the sponsor of the bill, said in a statement.

While the bill passed overwhelming in the Alabama Legislature, at least one lawmaker questioned the need for it. Democratic Rep. John Rogers of Birmingham said he supported the bill but said judges can already deny bail to a person they think is a public threat or set it so high that the person has no chance of release.

Brown responded that judges interpret the constitutional right to bond differently and said this would set a clear standard.

Blanchard, the stepdaughter of UFC fighter Walt Harris, was a student at Southern Union State Community College. She was last seen Oct. 23, 2019 at a gas station in Auburn and her remains were later found in a wooded area.

Blanchard's mother told WBRC-TV that she was thankful for the passage of the bill.

"I didn't want my daughter to have to give her life, but she did, and she fought hard and so we are going to fight for her and everyone and to just keep Alabama safe," Blanchard's mother, Angela Hailey-Harris, said.

"That is my mission now," Harris told the station. "To make sure everyone knows that when they are going to vote, it is on the ballot. I don't think I will ever feel like I can breathe again, but at least I will feel like my daughter didn't die for nothing. That she gave her life to save other lives."

The measure will go before voters next year.

Sorry, there are no recent results for popular articles.