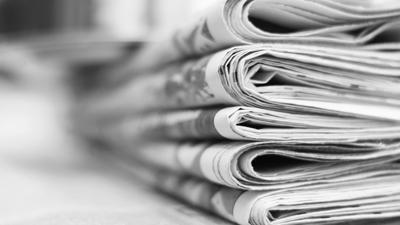 Your look at late-breaking news, upcoming events and the stories that will be talked about today:

1. IRAN CRACKS DOWN ON PROTESTERS. Videos verified by The Associated Press show police and security forces firing live ammunition and tear gas to disperse demonstrators protesting against the Islamic Republic’s initial denial that it shot down a Ukrainian jetliner.

2. PRESIDENT'S SUGGESTION FOR HIS LOOMING IMPEACHMENT TRIAL. Donald Trump says the Senate should simply dismiss the impeachment case against him, a reversal from suggesting his own ideas for trial witnesses.

3. PHILIPPINE VOLCANO ERUPTS GUSHING RED-HOT LAVA. More than 13,000 villagers have moved to evacuation centers in the hard-hit provinces of Batangas and Cavite, but officials expect the number to swell.

4. WHO THE US IS SENDING HOME AFTER FATAL SHOOTING. More than a dozen Saudi military students could be removed from a military training program after an investigation into a deadly shooting by a Saudi aviation student at a Florida navy base last month

6. TRUMP ADMINISTRATION FOCUSES ON TEHRAN DISSENT. Top officials have joined the president in trying to draw attention to protests in Iran rather than answering questions about uncertainty over the intelligence behind the killing of Gen. Qassem Soleimani.

7. ‘RANGE OF POSSIBILITIES' TO BE DISCUSSED AT ROYAL FAMILY SUMMIT. Britain’s Queen Elizabeth II seeks to contain the fallout from Prince Harry and his wife Meghan's decision to walk away from their royal roles.

8. DEMOCRATS STRUGGLE WITH HOW MUCH CHANGE IS TOO MUCH. It is a question that has plagued candidates and voters alike over the last year in the Democratic Party’s quest to identify the person best positioned to defeat Trump in November

10. GREEN BAY IS ONE STEP CLOSER TO SUPER BOWL AFTER DIVISIONAL WIN OVER SEATTLE. The Packers have reached the NFC championship game by beating the Seattle Seahawks 28-23.

Mrs. Helena M. Barnes of Athens, Alabama, passed away Wednesday, Jan. 29, 2020. She is survived by her husband of 40 years, Roger Barnes. A memorial service will be held at a later date.