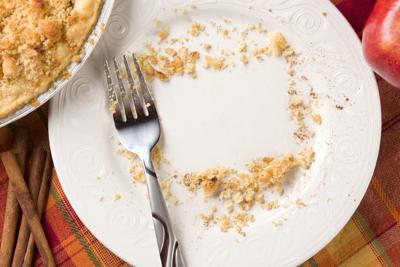 True friends' hearts are always open for each other, regardless of time apart. True friends experience sunshine in one another’s company even when it’s stormy and they share an umbrella. True friends share ups and downs, and they cherish the memories they have made together.

More than 70 years ago, my husband, Bob, met Joe Cote. With only six weeks' difference in their ages, opposite personalities bind them. This year, they will turn 82.

They became fast friends, working for three brothers running a large farm in rural southeastern Michigan in the early 1950s. Hard workers throughout their lives, they knew how to have fun. Both came from large, poor families. Joe was the youngest boy of 13 children; Bob, the middle child of nine.

They had much in common and many differences. As the pranksters and jokers they still are, they have a bajillion stories and contagious laughs to share.

Joe, a widower of four years, came for a visit recently with his daughter. We enjoyed a few days of laughter and reminiscing. Believe it or not, I even heard a couple of new stories. The others, I could recite in my sleep.

At age 19, they lived in an immense farmhouse included in Joe’s pay working for a large farmer. Oh, the stories that came from those two years together.

Since Bob robbed the cradle, I also became acquainted with those same friends. They shared hilarious experiences at the cottage of a friend, at work, hunting and fishing, as well as tons of other places.

Joe liked his liquor; Bob was usually the designated driver. Under the influence — which was often — Joe got into physical altercations. Bob saved his skin many times, quick to jump in and help as his backup or rescuer.

By their mid-20s, they finally settled down and married. We spent weekends hanging out, raising our kids and taking vacations together. Oh, the memories that flood our minds.

Once, we had gone "up north" to the tip of the mitten and into the Upper Peninsula. We stayed in a ramshackle cottage from an acquaintance, but the four adults and six kids had a blast. One day, we crossed the Mackinac Bridge to St. Ignace, sightseeing and stopping for lunch. We sat at two small picnic tables that we scooted together. Bob, Joe, Joe's wife Ima and I sat on one side, while the kids lined the other.

Seagulls from Lake Huron swarmed around the restaurant, swooping in for scraps of food. Honestly, I believe those scavengers will eat anything. Someone spilled French fries, and they swooped in.

Joe cautiously scanned them and grumbled as the rest of us watched. Bob wasn’t afraid of anything, so he reached out and caught a seagull. Holding it upright by the legs, he reached behind me near Joe’s arm. As usual, he was talking nonstop as he ate, when suddenly he let out a blood-curdling yelp.

Rather than a bite of food, the seagull latched onto the back of Joe’s upper arm. Sputtering his colorful and somewhat salty language, he tried to analyze what had just happened. The rest of us guffawed, because we saw it coming. Ever since, whenever that trip is mentioned, it naturally leads to that experience, and Bob gets scolded all over again! He gave him heck about it last weekend.

Many of their stories are too colorful for a family-oriented publication, but another is Joe’s innate fear of snakes.

We walked across our driveway a few years back on his last visit to Alabama and his cell phone, set to vibrate, went off. The previous conversation had been about snakes, so Joe assumed a snake was in his hand and threw his phone halfway across our lawn. Of course, the rest of us ruptured into uncontrollable laughter; Joe just spit and sputtered.

He once uncovered Bob’s worm bed, and dozens of snakes scattered with Joe doing some fancy steps and shouting like a Pentecostal, much the way I would react at a snake-handler meeting.

It isn’t only fun and pranks. They have been there for each other through thick and thin. Though his sensitive side is often disguised, Joe is very compassionate, with a heart of gold.

He was ultra-supportive when our son died suddenly. We consoled each other as we buried all eight of our parents. They’ve been there for each other during grief and joy. Bob and I both were asked to speak at Ima’s funeral.

When friends are closer than family, they are family. On their recent visit, we found a scenic spot for "family pictures." The Golden Years are not all they are cracked up to be, but dear old "family friends" are pure gold and much more precious.