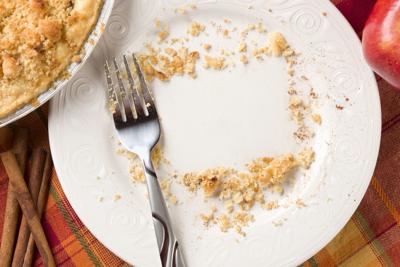 Our home has been torn up for the past week and a half replacing flooring, doors and more. It is shocking how much variation there is in estimates from one source to another. Seriously some of them doubled! Not a day goes by that a scammer doesn’t try to rock my boat.

Why are the elderly such likely targets? Could it be appearance based with our thinning white hair, wrinkles, stooped shoulders or uneven gait? Or is it simply plain ignorance in my generation? Do they assume everyone over 60 has serious memory problems or are dependent on a younger generation to make decisions for them? Every age should be a savvy shopper.

There is a clear cut division as to how people, especially younger generations, treat the elderly in general and me in particular. There is an abundance of kind souls who spread sunshine, concern, nurture and kindness despite those who see us as out of touch fuddy-duddy’s and disrespect us with rudeness, impatience and prey on the less than robust.

Perpetrators seek out the weak to increase their false sense of strength and superiority. Whether they use brute force or wield half-truths and downright lies to create fear and confusion, those who prey on the aged are cowardly villains.

Obviously too many seniors prove to be easily targeted though some wonder why? They are trusting and gullible. Not me. I’ve been a skeptic all my life. Swindlers frighten and intimidate them—though not all. Some of us practice the “If it sounds too good to be, it likely is.” philosophy. Red flags warn us if we recognize and pay attention to them.

Social Security never contacts us by phone. That’s a no-brainer if a caller says my account has been frozen and I need to verify my number. Unless you initiate the call to a reliable source, never, ever give your social security number to anyone over the phone. Be extremely wary of unknown callers despite whom they say they are. Be cautious and very tight-lipped. If it’s important enough they will contact you another way.

The same applies for credit or debit cards. Often they beat around the bush with pleasantries while lonely old people soak up the attention before they slip it into the conversation. Watch out! It is still a way to get information that you will regret.

Another trick is to record your voice. Anytime an unknown caller asks, “Is this Mary?” my response is a resounding “This is Mary.” Please never say “Yes,” because they do record that and use it in a fraudulent manner—especially if they already have one of your account numbers.

I bristle and my hackles go up when a ‘stranger’ calls and asks for my personal information. The same thing is true if someone shows up at the front door and claims to be so and so from such and such. Ask for identification and then really examine it rather than let them flash it before your eyes. Become the interviewer rather than the interviewee.

Generally they take advantage of those who can least afford to be fleeced. Many cannot afford to lose a solitary dollar. There are many well-to-do seniors and retirees but most marks barely scrape by as it is. I stand in awe that so many human beings do such unconscionable and despicable things to those who worked hard throughout their lives for what little they have.

More wary than ever, our comfort zones narrow—from the temperature of the room to the amount of food in the pantry. Once too young to appreciate luxury; now am too old to escape it. I’m guessing you are, too so please don’t put it in jeopardy by falling for tricksters who would rob their own grannies blind. Most old folks are often very generous despite their meager means. Often those with the least give the most.

Honesty has always been my pursuit and how anyone can take from our white haired citizens so easily is beyond my comprehension. The saddest thing is when it happens within families. How unfortunate that so many families have at least one member that would even consider doing this unthinkable deed while most of us know someone fitting this description.

Growing old has advantages but drawbacks frequently outweigh them. We are steeped in wisdom and are now too old to die young. Please, put your years of experience and observation to good use and protect yourself and your loved ones with it. Knowledge is power but a healthy dose of skepticism never hurts. Keep your zone scammer free.