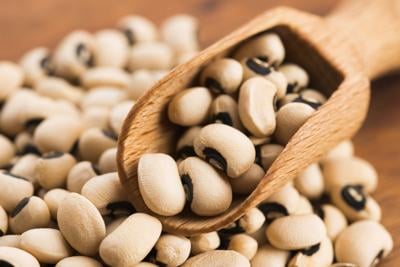 Last week, I was having a conversation with some friends about the foods that each of us didn’t particularly like. Of the foods I have tried, there are very few that make my list; I’m not a fan of liver, black licorice, runny eggs and peas. Most of the foods I deemed undesirable were apparently understandable, except for peas.

How do you not like peas? What about black-eyed peas? You have to eat those on New Year’s Day for luck! Have you tried purple-hull peas? They’re delicious when cooked with a little fatback.

Hold up, let me clarify. First of all, it is green peas, often called garden or English peas, that I am averse to. Furthermore, although purple hulls, black-eyed, crowder and cream peas all fall under a category called Southern peas — also referred to as field or cow peas — they aren’t actually peas. They’re beans — and I love them.

While English peas prefer wet and cool conditions, Southern peas are a warm-season crop that grows well in the Alabama climate and are drought tolerant. Seeds can be sewn in the ground four weeks after the projected last frost date and continue until late June. Soil temperatures should be above 60 degrees Fahrenheit to get good seed germination. Southern peas become susceptible to disease and pests when planted in cool soil.

Seeds can also be started indoors six weeks before the last frost date and transplanted outdoors once the soil has warmed. They prefer well-drained soil that has a pH of 6.0–6.5 and full sun. Southern peas reach maturity for harvesting in 60 to 90 days, depending on the variety.

These beans are undoubtedly a staple fixing on the Southern table, but they are also fixing the soil while they grow. Southern peas have the ability to take nitrogen, a gas that most plants are unable to use, from the air and convert it for the plants. They are often used as cover crops that are stunted before they produce, allowing the crop to fix depleted nitrogen in garden soil. This is vital when thinking in terms of crop rotation.

This is also important to know when fertilizing plants grown for food production, as they do not require the addition of nitrogen. Excess nitrogen will have the plant producing more foliage at the expense of the actual seed production. If fertilizing, use a low-nitrogen fertilizer such as 0-12-12.

The three numbers on fertilizers tell you the percentage of nitrogen, phosphorus and potassium. Nitrogen is for shoot and leaf growth, phosphorus aids in root growth and the production of fruits and flowers, and potassium contributes to the overall health of the plant.

Not only do Southern peas make a tasty side dish and fix soil, they are also a good source of dietary fiber and protein, are low in fat and are an excellent source for iron, phosphorus and potassium. Plus, they are rich in several B-complex vitamins such as riboflavin, niacin and thiamin, making them a healthy food option.

Southern peas are often prepared by boiling them until tender in water or broth, with the addition of ham hocks, fatback or bacon, plus onion and seasonings. This recipe uses these tasty beans to create a dip that is sure to be a crowd-pleaser. Until next week, happy gardening and pass the peas, please.

Equal amounts of fresh, cooked ingredients can be substituted for canned items in this recipe.

Combine all caviar ingredients in a bowl.

Pour dressing over caviar and mix until well coated. Can be served immediately or chilled.