INTERSTATE WORK: I-65 South to detour onto ramps at Exit 347 Wednesday 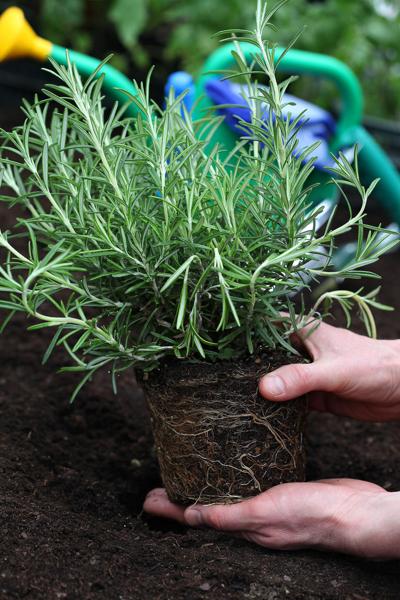 It should come as no surprise that, since I have a culinary background, the first element that I added to my yard when we moved into our home was an herb garden. Dried herbs are good in a pinch, but nothing beats the taste of fresh herbs.

Before starting an herb garden, there are a few things to consider. Just as the location of a restaurant can dictate its success, so does the placement of your herbs. I opted for raised beds — one in full sun and one in partial shade. While most herbs are sun worshipers, there are a few that thrive better when afforded some relief from the blazing afternoon sun.

Cilantro will be quick to bolt in full sun, so it appreciates light shade. Bolting, also known as setting seed, is the process of the plant producing a flower stalk in a relatively short period of time. This is the plant’s natural instinct to produce seed in order to reproduce.

When a plant bolts, it focuses its energy into producing the seed instead of leaves. This weakens the harvest and detracts from the taste; however, in the case of cilantro, the seeds produced are actually another spice — coriander.

Other herbs that appreciate partial shade are mint, lemon-balm, golden oregano, tarragon, anise and chervil. Knowing the plants' ideal growing environment goes a long way in the success of the herbs. Soil is another factor that often gets overlooked when planting herbs.

Some plants thrive in well-drained sandy soil, while others prefer to have their roots in moist loamy soil. Sandy soil is made up of larger particles that do not retain water or nutrients well. Herbs that like to dry out a little between watering days and do not require a large amount of nutrients include rosemary, thyme, oregano and sage.

Loamy soil is a combination of clay, sand, silt and a good amount of organic matter. This composition allows the soil to retain moisture and nutrients longer for thirsty herbs. They include basil, tarragon, cilantro, mint and parsley. Consequently, based on soil and sun preferences, it is easy to determine the best companion herbs to group together. This works especially well when planning herbs to be grown in containers.

Now it is time to pick some herbs. Plant the herbs that you like — and that you will use. When I started my herb garden, I loaded my cart with all the usual suspects. I suppose I was thinking how nice a large variety would be, not only for culinary use, but visually, and it is. I’m not a big fan of tarragon, but I went ahead and planted it anyway.

Poor tarragon sat there, sadly watching all the other herbs make their way to my kitchen. Luckily, I have a friend who makes his own tarragon vinegar and was happy to have the harvest. Herbs stay healthier and grow more vigorously when harvested regularly, so if you don’t have a need for it, don’t plant it.

Now, when it comes to herbs, it’s all about the flavor for me. Following is a list of some of the more common herbs and their culinary uses.

Anise has a licorice-like flavor often described as having a taste that is similar to fennel. It is prized for its use in cookies and to flavor liqueurs, but also works well in soups and sauces.

Basil is an annual herb, but worth planting every year. It is the base for pesto and is used in most Mediterranean dishes. Basil has many varieties, each with their own distinct flavor profile.

Chervil is a cross between parsley and tarragon with just a hint of anise flavor. Its curly leaves add distinction when added as a garnish to roasted vegetables and also works well with chicken and seafood.

Chives are relatives to onions and garlic with a mild oniony flavor that perks up eggs, dressings, dips and potato dishes. Chives lose a little something when dried; however, they are a perfect fit for being chopped and stored in the freezer so that its fresh flavor is always on hand.

Dill is another herb that will bolt, so frequent pruning is necessary. It is the main ingredient when making dill pickles and, along with a squeeze of lemon, perks up a bland piece of fish.

Lemon Balm has a minty, citrus flavor and makes a revitalizing tea. It also enhances the flavors of fish and chicken when used in a marinade.

Oregano is one of the most recognizable Mediterranean herbs, and Italian cuisine would be lost without it. It has some unique varieties, such as peppery Mexican oregano, that pairs well with chilies.

Parsley is usually seen on the side of a plate as a garnish. The first rule of plating food is that if it isn’t edible and doesn’t enhance the flavor of the dish, it shouldn’t be there. Parsley isn’t just another pretty face; it aids in digestion, freshens the breath and is high in nutrients. It is a biennial, which means that it completes its life cycle in two years.

Rosemary is one of the more aromatic herbs in the garden. It pairs well with meat, poultry, potatoes and stews. Although a sturdy full-sun herb, it is only hardy as a perennial in Zones 9 to 11. Gardeners in our area, Zone 7, can successfully grow rosemary in the ground, provided that when temperatures drop below 30 degrees, the plant is properly mulched and covered for protection.

Sage has come a long way from being the musty flavor in poultry seasoning, to its current en vogue status. This is due to its earthy flavor being gently coaxed into both meaty and vegetarian dishes. Fresh sage is pungent, so a little goes a long way.

Tarragon has a delicate licorice-like flavor that is a staple in French cuisine. The sophisticated flavor works well with lighter proteins, such as fish and chicken, and when added to sauces and dressings.

Thyme is one of the more popular herbs, with a light, sweet flavor that pairs well with lamb and other red meats, chicken and tomatoes. In addition to common thyme, other varieties of the herb include zesty lemon thyme and mint thyme.

Even beginner gardeners experience great success with herb gardens, and they’ve been known to awaken the inner chef who yearns to create flavorful masterpieces in the kitchen. Until next week, happy gardening.