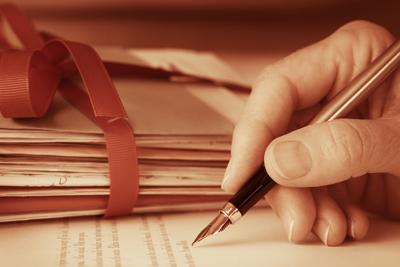 The News Courier encourages letters to the editor. Submissions should be no more than 400 words and include name, address and telephone number for verification. Submissions that do not meet requirements are subject to editing. Writers are limited to one published letter every 30 days. Send letters to P.O. Box 670, Athens AL 35613 or email to lora@athensnews-courier.com.

We can do better

Rather than tearing down statues and banishing memorials to those identified as supporting slavery, why not prominently display monuments and memorials representing the great achievements of a people once held as slaves and their descendants? They have contributed greatly to the strength of our Nation. In spite of being discriminated against, many have never used that as an excuse while achieving great things. Our Nation, even with its flaws, has offered much hope to people around the world and to those that live under its Constitution.

That being said, minorities have been mistreated and the majority of us have been complicit in that mistreatment either through our actions or through our lack of action in standing up against blatant unjustified oppression towards people of color, women and the poor. Furthermore, we have voted for the mistreatment of others by electing demagogues to elected offices that feast upon fears and prejudices to get our vote. Many times our meditations have not been acceptable in the sight of God.

However, because of the progress I have witnessed since racial integration, I think that Athens and Limestone County have a chance to be a community where justice is framed in what is right and people are treated with respect. We cannot establish a utopia on earth where everyone is totally happy and satisfied but we can do better.

Whenever there is planning for such as Panda Express — going in on the corner of busy Lindsay Lane — the city must make room in the plan for pedestrians on foot or cycles, along with a safe way to cross U.S. 72.

With all the people moving in south of  U.S. 72, I propose a trail from U.S. 72 to Browns Ferry Road. The cost would be small change compared to the revenue gained on taxes and the quality of life gained. This is a good chance before all the infrastructure is completed.

Thank you for helping

We need to keep in mind that the pandemic crisis gripping the world is damaging not only the health of millions, but also their incomes. We are certain that we speak for those who ultimately receive the food you donated in extending their thanks, also.