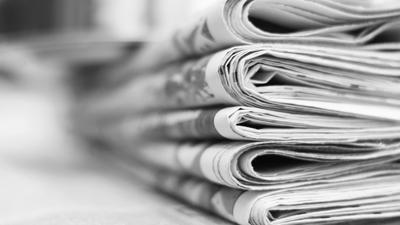 The debate will be held 9-10:30 p.m. Wednesday at the University of Utah, Salt Lake City, and is televised.

There will be social distancing, plexiglass between the candidates and protective masks will be required in the debate hall. Those are most certainly the right things to do. COVID-19 must be taken seriously, and anyone who minimizes it or suggests there is nothing to worry about is being completely irresponsible. More than 210,000 Americans have died.

It is unlikely this debate will be the debacle of the first presidential debate between President Donald Trump and former Vice President Joe Biden. This debate should be far more substantive.

If you only watch the debate to cheer on your champion and jeer the opponent, then it will be a waste of time.

If, however, you watch to learn, it can only serve to make you a more informed voter.

Clearly, people vote for the top of the ticket.

However, each of these No. 2s align with the running mate, if not in temperament, certainly in ideology.

If you tune in with a closed mind, you will lose out on an important opportunity to learn, grow and make the best possible decision for yourself and for the future of the nation.

They will talk about America.

They will talk about our future.

We expect them to be adults and to speak in clear but reasonable tones. Anything less does not serve democracy.

The election is now just weeks away and we are faced with one of the most stark contrasts the nation has ever seen in the race for the White House.

We encourage you to watch the debate and to listen — really listen.

Bernice Williams Osburn, 89, passed away October 14, 2020, at her home. She was born September 27, 1931, in Marshall County, Tennessee, to F.L. "Mitch" Williams and Bernice Carroll Williams. Mrs. Osburn retired from Athens Convalescent Center after 25 years of service as an L.P.N. She was a …

William Jerry Durham, 91, of Athens, died Tuesday at Huntsville Hospital. Mr. Durham was born December 2, 1928, in Limestone County. He retired from Wolverine Tube, was a Korean Conflict Army veteran, and the oldest member of Riddles Chapel United Methodist Church. Services will be conducted…