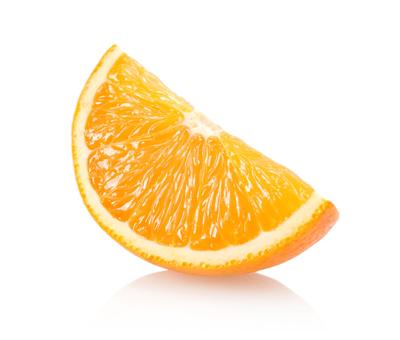 Editor's note: This is the first part of a two-part series.

“Love is a friendship that has caught fire.” —Ann Landers

We met when we were 15, in driver’s training class. He caught my eye and I his. We’ve been best friends ever since. Somewhere along the way, best-friendship turned into something more, and before you can say, “I do,” we were married.

We were husband and wife for 33 years, best friends for 41. I wish it could have been more. And even though I almost always knew what he was thinking, I realize now I didn’t know his favorite song.

We grew up in the classic rock era, and I know all of his favorite bands and many of his favorite songs, but not the one. Why didn’t I ever think to ask? I wish I’d asked. There are those little things that slip through the cracks. They don’t matter, really, but when it’s all said and done and you are looking back on what could have been, you wish you’d asked.

He had a brilliant mind but couldn’t find the ketchup in the fridge if someone had put it back on the “wrong” shelf. He shut the kitchen curtains. I opened them. He made coffee for me every morning and brought a hot cupful up to our bedroom. He held my hand when we went for walks because he knew I liked it. Ditto goes for spooning in bed. He was never, ever hungry for power, although he had many opportunities to seize it.

He coached our kids in sports. He attended piano recitals and second-grade choir concerts. He taught Sunday school and helped with various science, history and math projects. He went on school field trips. He taxied our kids everywhere. He was a true family man. And that’s what he’d want to be remembered for – for the successful family he built. It is his legacy.

We talked about important things and nothings. We sat together in comfortable silence. We laughed a lot. We had private jokes. We exchanged knowing looks often. We were each a half of the whole. Our love was strong. I never, ever doubted that.

In fact, I’ll be so bold as to say he adored me, as I did him. I didn’t deserve such a life-changing love, but I am forever grateful knowing it was bestowed on us. To be so loved, so adoringly, is a gift many people never receive. I had that for 41 years.

We were on vacation, looking for a winter retirement home, when he fell ill. The tragic nature of that will never be lost on me.

I’ve written about my husband before; he was always a good sport about it. I tried to portray him in a favorable, often humorous, light.

He was a light — the light of my life. I never published his name, because I didn’t think it was pertinent to readers or my message.

His name was Thom. He came up with the rather unusual spelling on his own when he was in kindergarten, telling his teacher, “The H is silent.”

I always loved that about him. It shows his uniqueness, independence and creativity. He was one of a kind.

He was kind, a kind and gentle soul, and sometimes this cruel and tempestuous world was too much for him, as it is for many of us. As it is often for me. Especially now, as I grieve this great loss.

I wasn’t sure of his favorite song, but at the end, when he was very ill, I played many of the classics for him bedside. The first one I picked was “Free Bird” by Lynyrd Skynyrd. When I asked my son today what he thought his dad’s favorite might be, that was the one he chose, so I think it’s likely a top contender. The lyrics talk about leaving and being remembered and flying free like a bird. This couldn’t be more fitting, especially since he’d talked about flying in his dreams.

His name was Thom. He loved me very much, and I loved him. Still do. Always will. He was a good man, a great man; in my eyes, he was the best. I hope those who knew and loved him always remember that.

— Pertler is an award-winning syndicated columnist, published playwright, author and member of the National Society of Newspaper Columnists. Don’t miss a slice; follow the Slices of Life page on Facebook.