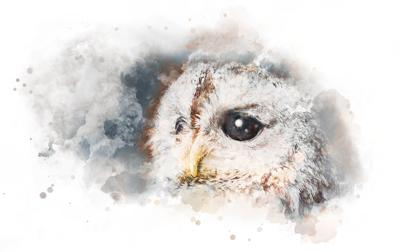 The Owl has had much time to reflect from his quarantine perch up here in the branches, observing our little world. Join me. Look around at all the people who come across your path today. Do you see them in person or online? Do you hear them on the phone? Who are they and why are they there?

Try this mental gymnastic exercise. If this was your last chance to see them, would you be cold, cruel, snide or patronizing? I doubt it. You’d see your very chance to live is a gift. These people who come across your path, for whatever reason, would be special to you for that reason alone. You wouldn’t want the last thing you said to someone to be a judgmental dismissal. No, you’d hope to seal your last encounters forever, to make your last journey to where no passenger returns meaningful. You’d want to value your last day as if it were gold. You’d want to be kind and even gentle.

We here in Athens and Limestone County have had our share of last days. Remember the various deadly tornadoes, for which we are particularly prone? I remember a story told to me by one survivor. It has remained with me to this day. I’d like to summarize much as he told it. First, I want to paint the picture which frames his tale.

Picture a devastated home covered in broken, collapsed trees after our tornadoes. The father of a family, from somewhere inside the piled debris, calls out for help. With king size buzz saws rattling like Gatling guns, workmen outside cut open the area where the door should be. The family staggers out, blinking at the light and replete with total gratitude. The father told me this: He looked at the smiling African-American lumberjack who held the buzz saw, then at his six Hispanic helpers, and asked, “Where are you from?”

“What brings you here?” The buzz saw man answered in a way the father will never forget, “We’re going to make things happen!”

With that, the team of woodcutters armed with giant buzz saws worked nonstop for hours to clear out downed mammoth trees. They hauled off tank-sized metal plates and loads of other randomly hurled pieces of what makes a modern society work. These men appeared from nowhere and did good for those they didn’t even know.

They made things happen. Food, clothing and supplies were distributed. Distribution centers in Clements and at the Blue Springs Elementary School made meals for the host of volunteers in the area. All praise was offered to the numberless electricians whose vehicles lined the major trunk lines, bringing back to life the power which makes our world go.

Athens is doing this today in the face of another, less visible — but just as deadly — crisis. Our hospital workers, first responders, law enforcement, social services, food banks and caring organizations of every stripe are feverishly working, helping us all. We all are turning from wasted arguments and conflicts of the past to face a world which we can change together, concretely, forever. We can see one another as people in need and help. Let’s forget race, religious discrimination and hatred of any kind. Look at the person you come across today as someone just like you. Let’s reconcile, let’s forgive one another and make our world anew. We can finally join together and say, like the African American woodcutter said to my white acquaintance, “We’re going to make things happen.”

— John William Davis is a retired U.S. Army counterintelligence officer, civil servant and linguist. He was commissioned from Washington University in St. Louis in 1975. He entered counterintelligence and served some 37 years. A linguist, Davis learned foreign languages in each country in which he served. His published works include “Rainy Street Stories: Reflections on Secret Wars, Terrorism and Espionage” and “Around the Corner: Reflections on American Wars, Violence, Terrorism and Hope.”