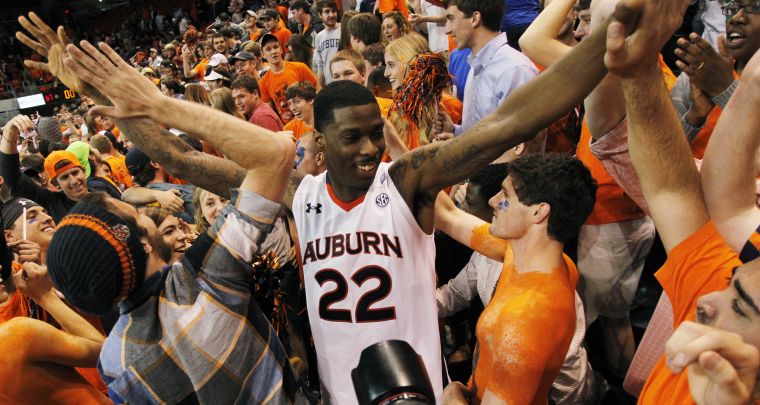 Auburn's Kenny Gabriel (22) celebrates with fans after their 67-52 win over LSU in an NCAA college basketball game at the Auburn Arena in Auburn, Ala., Saturday, March 3, 2012. Auburn won 67-52. (AP Photo/Dave Martin) 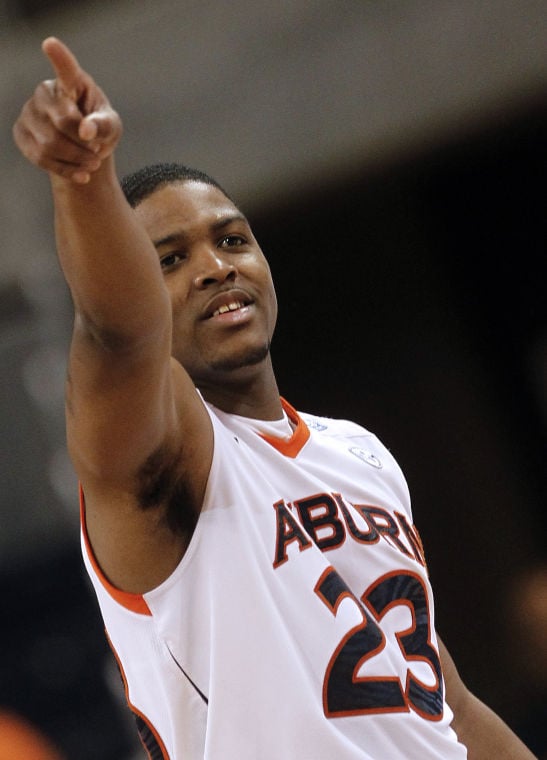 Auburn's Frankie Sullivan reacts at the end of their NCAA college basketball game against LSU at the Auburn Arena in Auburn, Ala., Saturday, March 3, 2012. Auburn won 67-52. (AP Photo/Dave Martin)

Auburn's Kenny Gabriel (22) celebrates with fans after their 67-52 win over LSU in an NCAA college basketball game at the Auburn Arena in Auburn, Ala., Saturday, March 3, 2012. Auburn won 67-52. (AP Photo/Dave Martin)

Auburn's Frankie Sullivan reacts at the end of their NCAA college basketball game against LSU at the Auburn Arena in Auburn, Ala., Saturday, March 3, 2012. Auburn won 67-52. (AP Photo/Dave Martin)

AUBURN, Ala. (AP) — The Auburn Tigers have no shortage of confidence going into the Southeastern Conference tournament, even without all that many wins to back it up.

That's partly thanks to a convincing win over LSU to end the regular season and an array of competitive games against potential NCAA tournament teams, including No. 1 Kentucky and Mississippi State.

Running the tables in the tournament starting Thursday against Mississippi in New Orleans hardly seems likely but, coach Tony Barbee points out, "crazier things have happened."

"What I know about my team is that we are going to go into New Orleans with a lot of confidence," Barbee said. "What this team has proven all along, is that in this league we haven't gotten over the hump and beaten people, but we have played well against everybody in this league.

For a team with a 15-15 record and five SEC wins, that's a longshot. It would take a big run in New Orleans for Auburn to harbor realistic hopes of making any postseason tournament, much less the NCAA field.

Auburn hasn't had much success lately in the SEC tournament, losing in the first round five of the last six years and going 3-11 since 2001.

The Tigers are coming off a 67-52 win over LSU, have taken LSU and Arkansas into overtime on the road while beating Mississippi State by 10 points. Auburn even held a two-point lead midway through the second half against Kentucky in January before getting overwhelmed down the stretch in a 68-53 loss.

Barbee breaks the season into phases from the nonconference schedule to league play and finally the postseason.

"You can make something out of nothing in the final phase," center Rob Chubb said on Monday.

The Tigers were routed 69-51 by Georgia in the opening round of last year's SEC tournament. This team has made progress in Barbee's second season, winning four more games so far and improving in RPI from 253-145.

"The win-loss total, it doesn't reflect our team's skill level and how far we've come," Chubb said. "Last year only winning 11 games, this year we're at 15. But we're not four games better than we were last year, we're like seven or eight. We just lost a lot of close ones. LSU down there, Arkansas ... There's a lot of them that we let them take.

"The Ole Miss game, we beat ourselves is what we did. We're gonna get a chance to pay them back in the first round. We just need to learn how to finish and get a little bit more mature as a team."

Auburn has had a couple of players step up lately. After a one-game suspension, Chris Denson has scored 21 points in the past two games after totaling 25 in the previous seven. Freshman Willy Kouassi has 12 rebounds in those two games and three in the previous five in limited minutes.

It's helped make up for the absence of point guard Varez Ward , who Barbee said Monday is "still suspended indefinitely."

"Every year we have confidence but this year it's really getting to us that we can play with anybody, because we've been doing that," Sullivan said. "Our defense has been excellent. (Kenny Gabriel's) been rebounding the ball. Chubb's been doing a great job. Adrian (Forbes has) been stepping up for us. Willy stepped up big in the last game. When your big men are playing good and you've already got good guard play, there's no telling what you can do.

"Anything can happen in the tournament."