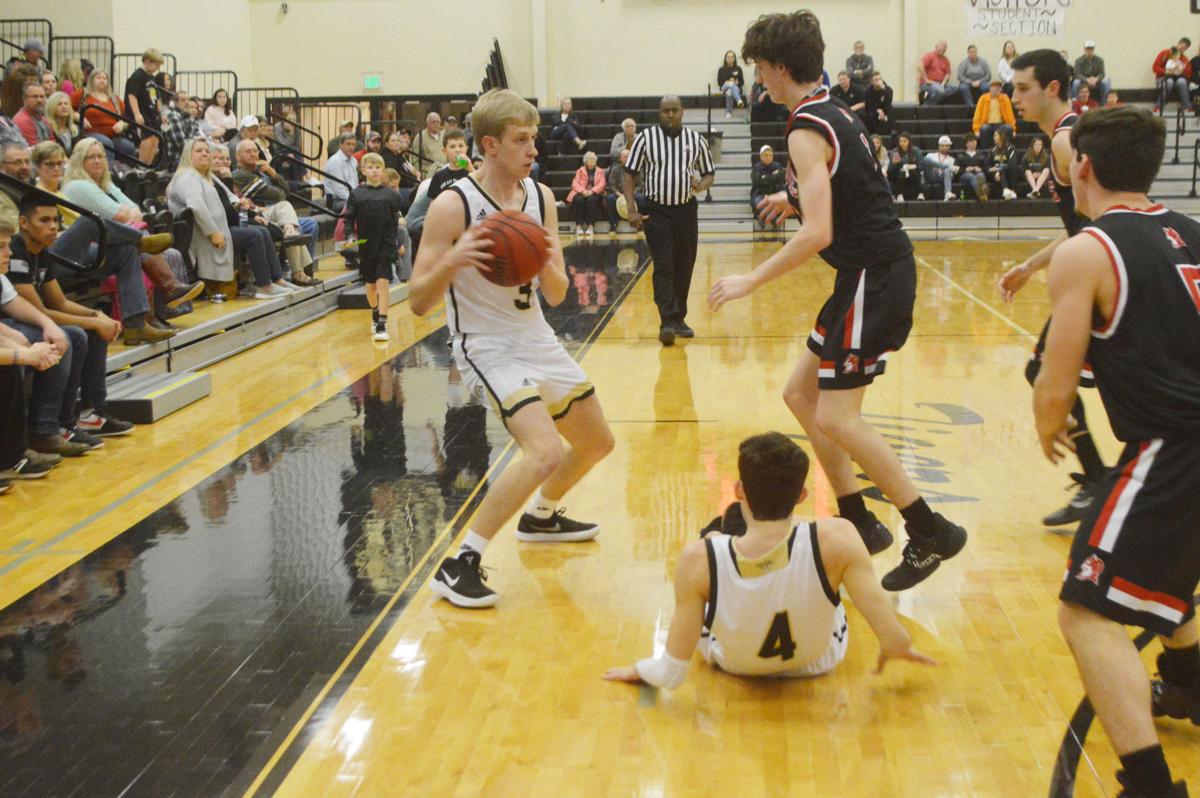 Ardmore's Samuel Hardiman saves the ball from going out of bounds after receiving a pass from Colton Hardiman, who was laying on the floor. Elkmont's Layton Smith is defending. 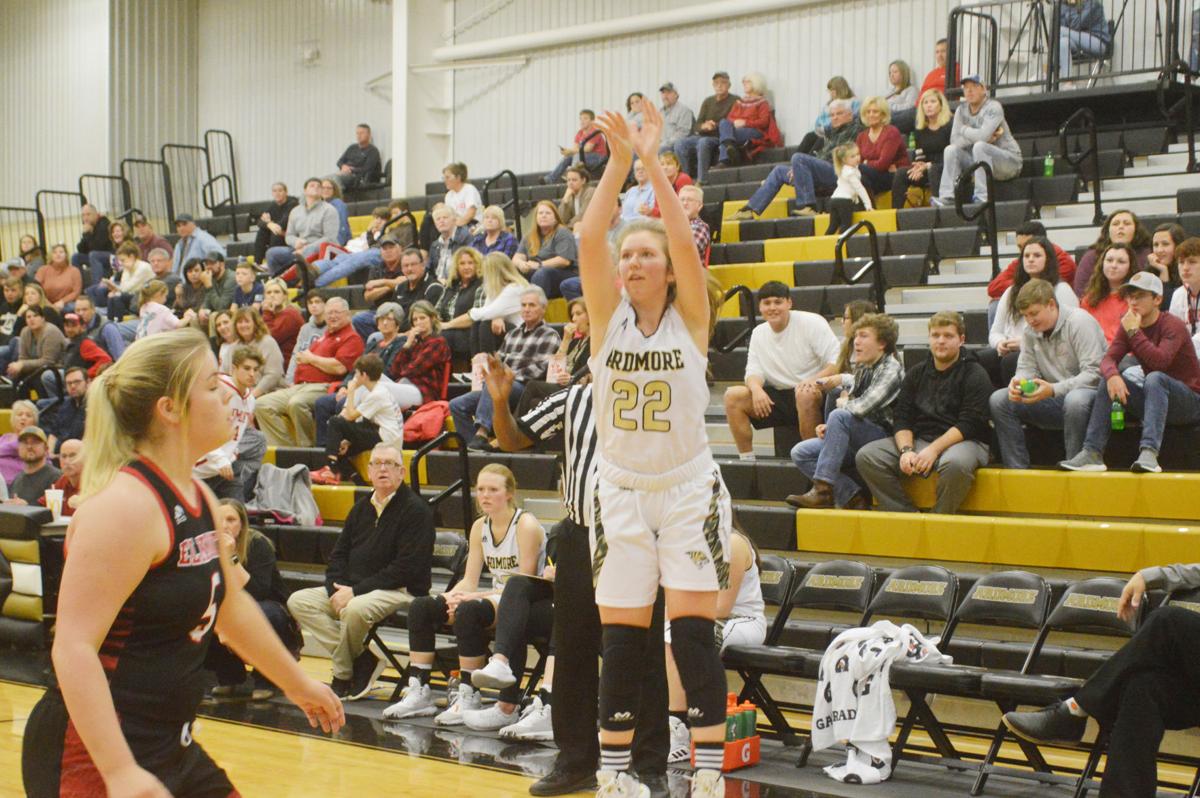 Ardmore's Hailey Hughes fires up a 3-pointer during the Tigers' 48-23 victory Friday night over Elkmont.

Ardmore's Samuel Hardiman saves the ball from going out of bounds after receiving a pass from Colton Hardiman, who was laying on the floor. Elkmont's Layton Smith is defending.

Ardmore's Hailey Hughes fires up a 3-pointer during the Tigers' 48-23 victory Friday night over Elkmont.

Friday was Elkmont boys basketball coach Eric Smith's 50th birthday, and his players made sure it was a happy one with a 43-39 road victory over rival Ardmore.

“That was a wonderful birthday present,” Smith said after the game. "Today is the big 5-0 for me. I've had a wonderful 50 years. I've been blessed with health, a wonderful family and a wonderful job.”

The victory came in typical Elkmont fashion — it wasn't pretty, but the players gutted out a hard-fought win through will and determination.

The Red Devils held Ardmore to 11 total points in the second and third quarters, then pushed back against everything the Tigers threw at them in the fourth quarter to hang on for the four-point win.

Elkmont and Ardmore started off shooting well, and the Red Devils had a 19-16 lead after one quarter. But the game turned in the second quarter, with each team's defense taking over.

Elkmont held Ardmore to two points in the second quarter but scored only seven themselves, taking a 26-18 lead into halftime. Ardmore cut the lead to 30-27 after three quarters but never could get over the hump.

Each time Ardmore hit a shot in the fourth quarter, Elkmont answered with a basket of their own to keep the Tigers at bay.

Ardmore's Connor Harbin hit a basket with 3:55 remaining to cut the Elkmont lead to 36-34, but Layton Smith answered with a 3-pointer just 10 seconds later to push the Red Devils' lead back out to five points. Ardmore never got within four points the remainder of the game.

Smith scored 15 points to lead Elkmont, while Preston Robinson and Brett Parker each scored 10. Ardmore was led by Chase Duskin with 12 and Colton Hardiman with 10.

“This win is a testament to the hard work the kids have put in,” Smith said. “The offseason was very tough on them. I told them, conditioning-wise, it would be tough. They gave it all they had in June and July, and have continued since school started in the weight room. They've really bought in to what I've asked of them and given it all they have.”

Ardmore girls held Elkmont to nine points in the second half, as the Tigers turned a relatively close game into a runaway with a strong second-half performance.

It took a while for Ardmore to get going, as the Tigers only outscored Elkmont 9-7 in the second quarter and took a 22-14 lead into halftime.

However, the Tigers took over in the second half, with strong defense leading to offense. Ardmore outscored Elkmont 15-6 in the third quarter to pull out to a 17-point lead, then held the Red Devils to three points in the fourth quarter to close the game out.

Elkmont was led by Shelby Norman with seven points and Morgan Morris with six.