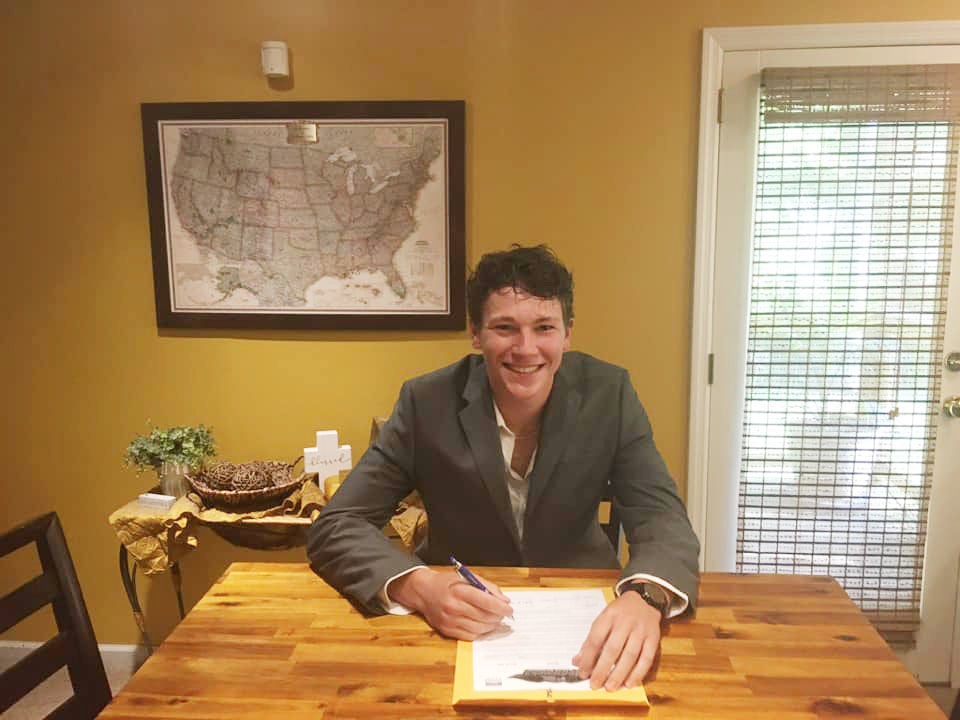 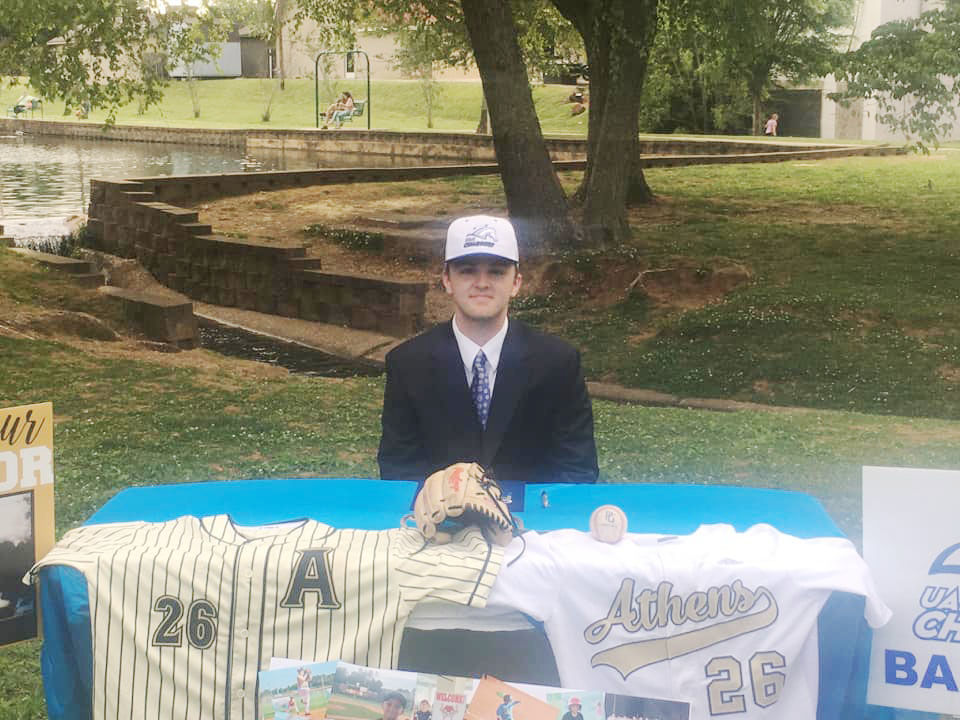 Athens High School's baseball seniors had the extreme disappointment of having their final season cut short by the COVID-19 pandemic. But four of them have the opportunity to continue their careers in college after signing to accept scholarships.

They were joined recently by outfielders Parker Willoughby and Josh Simmons. Willoughby signed with UAH, and Simmons signed with Martin Methodist College in Pulaski, Tennessee.

Athens baseball coach Chuck Smith said it was an honor to have coached so many seniors who will be continuing their careers in college.

“It shows a lot for this senior class that we had so much talent to be able to play at the next level,” Smith said. “It just shows you there are great kids with great families and they know how to work hard.”

With the remainder of the 2019-2020 school year being canceled, Willoughby and Simmons had to improvise with a signing ceremony for friends and family. Simmons had his at his home, while Willoughby's took place at Spring Park in Athens.

“It was a little weird at first because we couldn't do a real signing,” Simmons said. “I got a bunch of my friends, teammates and coaches to come to my house, and my parents were there with me. It was a cool moment to share signing at my house with everyone there.”

Simmons said Martin Methodist, which is a member of the National Association of Intercollegiate Athletics (NAIA), was a good fit for him athletically and academically.

“Martin is a good school and has the academics I'm looking for, since I want to do something in the medical field,” Simmons said. “I've visited there a few times and went to some of their baseball games, and they have a really solid baseball team. It's a team I'm looking forward to being a part of.”

“The campus felt right at home, and the coaches were just so welcoming,” Willoughby said of UAH. “I met some of the guys on the team and they were cool. It just felt right.”

Smith said Simmons and Willoughby are proof that hard work can pay off.

“It's a blessing for myself to have those guys in the program and those families in the program,” Smith said. “They've had to put in hard work to reach their goals, and they have done a ton of work to make themselves better.”

Simmons and Willoughby went through position changes during their high school careers, but Smith said the changes didn't phase them.

“Josh was actually a catcher until last year, and we moved him to the outfield and started pitching him,” Smith said. “Now he's going to Martin Methodist to play outfield and pitch. We pitched Parker more in middle school ball, then we shifted him to the outfield, and this year, he blossomed at the plate. Him and Josh are two of the ones who made huge strides in their games the last two years, and it gives them the opportunity that a lot of other guys don't have.”