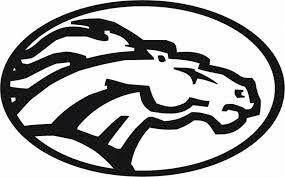 Clements fought hard but couldn’t quite hang with Hatton, as two Hornets touchdowns in the final minutes of the first half gave them some breathing room in a 40-22 victory over the Colts.

To add insult to injury, Clements found out it was on the short end of a tiebreaker between themselves, Phil Campbell and Colbert Heights for the final playoff spot from Class 3A, Region 8.

Phil Campbell was 3-1 in non-region games, although two of those victories were by forfeit due to COVID-19 complications. Clements went 0-4 in non-region games without having the benefit of their opponents forfeiting games to them.

Due to Phil Campbell’s non-region record, they won the No. 3 playoff position, leaving Colbert Heights and Clements still tied. Because Colbert Heights defeated Clements on the field, the Wildcats get the No. 4 spot with Clements left out in the cold.

“We missed the playoffs because I didn’t realizeyou could play down (classifications in non-region games) and it still count for you,” Clements coach Michael Parker said. “That’s what Phil Campbell did and got two forfeits against 1A schools. That’s not right, but that’s what happened. They had two forfeit games that gave them the six wins. It is what it is. I don’t believe they (Phil Campbell) deserve to be there, but that’s my opinion. We’re just going to take it and roll with it.”

While Phil Campbell fattened up on Class 1A schools in non-region games, Clements played a 5A school (Ardmore), two 4A schools (West Limestone and Wilson) and a playoff-bound 2A school (Hatton).

“We played a tough schedule,” Parker said. “We played up (in non-region games).”

Friday night’s game was close early, but Hatton took control of the contest just before halftime and never let Clements come back in the second half.

The Hornets jumped out to a 12-0 lead, but Clements cut the lead to 12-8 in the second quarter on a 30-yard touchdown run by Jayden Gilbert, followed by a 2-point conversion.

However, Hatton scored on Briley Kirby’s touchdown pass to James Jones with 2:08 remaining in the half to make the score 20-8.

After forcing Clements to punt, Hatton took over at its own 45-yard line with 40 seconds remaining in the half. A long pass put the Hornets in scoring position, and they took advantage when Jaxson Mitchell scored on a 5-yard run as time expired in the first half to make the halftime score 26-8.

Hatton basically put the game away on its first possession of the second half when Kirby scored on a 6-yard touchdown run.

However, Clements fought back. Gilbert threw a 32-yard touchdown pass to Hunter Hall, then ran for the 2-point conversion to cut the Hatton lead to 16 points.

But the Hornets answered on their next drive, moving 65 yards in 10 plays for a score. Kirby ended the drive with an 18-yard touchdown pass to Carter Reed on the first play of the fourth quarter.

Clements had the final score of the game when Gilbert ran for a 7-yard touchdown midway through the fourth quarter.

Clements finished its season with a 3-7 record. Hatton improved to 5-5 and will face Aliceville next week in the first round of the Class 2A playoffs.

“The kids played their tails off all year, but we could never jell as a football team,” Parker said. “I felt like if we could ever jell, we’d be pretty good. But we had COVID hit some kids and had some injuries, and you just cannot have that happen in 3A football and be able to compete. It hurts me for these kids, not to be able to go to the playoffs and not be able to have a better record than what we did.”