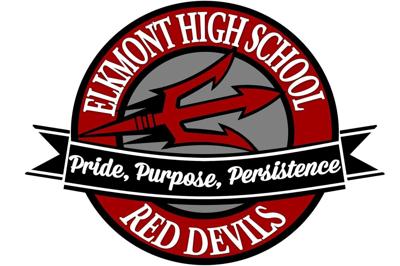 Elkmont quarterback Rowe Allen wasn’t going to let his team finish the season winless. The junior threw for 339 yards and seven touchdowns to lead a huge comeback and take a 45-36 win over Hanceville in the season finale.

Elkmont trailed 30-6 late in the second quarter but outscored Hanceville 39-6 over the final 26 minutes of the game to take the victory.

It was the opposite of last week’s game against Clements, when a 28-18 halftime lead evaporated into a 74-40 loss. This time, it was the Red Devils making the huge comeback, behind Allen, who had one of the finest games any Elkmont quarterback has ever had.

“Rowe just played outstanding,” Elkmont coach Duane Wales said. “He’s played pretty consistently all year long, but the last several weeks he has really come into his own. Friday night was just a continuance of that. With his seven touchdowns and the amount of yardage he threw for, he ends his junior year on a great note.”

After Hanceville scored the opening two touchdowns, Allen’s first touchdown pass came late in the first quarter on a 23-yard strike to Ty Roberts, which made the score 14-6.

Hanceville answered with two more touchdowns, and with 2 minutes remaining in the second quarter, it looked like the Bulldogs were going to run away with the game.

However, Allen’s 15-yard touchdown pass to Hunter Broadway with 1:40 remaining in the half cut the Hanceville lead to 30-12 and gave Elkmont some hope.

Allen was just heating up, as he opened the third quarter with two more touchdown passes. The first one was a 15-yard toss to Ryan Boyd, and the second was a 27-yard strike to Roberts with 4:09 remaining in the third quarter that cut the Hanceville lead to four points.

That touchdown started off a flurry of scoring in the final minutes of the quarter. Hanceville responded with a 70-yard touchdown run on the first play of its next possession to go back up by 10 points, but Elkmont would not be discouraged.

Allen threw his fifth touchdown of the game on Elkmont’s next possession, a 27-yard pass to Colby Murphy to cut the lead to four points. Hanceville then lost a fumble on its first play after the kickoff, and Elkmont took advantage immediately, with Allen throwing a 39-yard touchdown pass to Broadway to give the Red Devils their first lead of the night.

Elkmont’s defense shut out Hanceville in the fourth quarter, while Allen added one final touchdown pass, hooking up with Boyd on a 30-yard scoring play that gave Elkmont a nine-point lead following Jeffrey Payne’s extra point. Broadway had four receptions for 133 yards, while Boyd had eight catches for 127 yards.

Hanceville’s final two drives were stopped on downs, and Elkmont could celebrate an exciting win in its final game of the season.

It was a satisfying win for Wales, because he said he could see his team improving late in the season.

The Red Devils were tied in the third quarter two weeks ago against Danville before slumping to a 44-20 loss and held a 10-point halftime lead against Clements before losing.

“My team has kept playing hard all season long,” Wales said. “We had played real good a couple of weeks earlier against Danville, and just had some key injuries in the second half and weren’t able to close out the game. Then we come back and played a real good half against Clements last week and same thing. We lost some guys in the second half and couldn’t hold the lead. This Friday was the opposite. We got down early but were able to come back. The guys had a great comeback and finished up with a win.”

Elkmont might have finished the season 1-9, but a win in the final game is a good way to end the 2020 season and prepare for the 2021 year.

“It’s good going into the offseason with a victory,” Wales said. “Especially playing well the last couple of games. I feel like that can be a springboard into spring practice.”