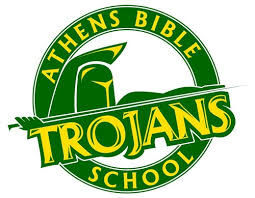 The Trojans led just 33-30 after three quarters, but opened the fourth quarter with a string of points and extended the lead to 10 on a 3-point play by Molly Chumbley with just under 3 minutes to go.

Waterloo was able to cut into the lead with some free throws late in the game, but ABS comfortably held on for the victory.

Chumbley led Athens Bible with 13 points, while Brooke Blakely had 10 points and Breelyn Phillips chipped in with eight. Senior Lillian Pennington had a career night in rebounds with nine.

Janiah Anderson, who recently signed a softball scholarship with Snead State Community College, led the Colts with 14 points, while Jenny Trent added 12 in the victory.

Falkville was led by Ellie Cate Hill, who scored 12 points.

Clements came out on top in a low-scoring game Friday, edging Ardmore by a point after nearly blowing a 10-point halftime lead.

The Colts held Ardmore to just seven points in the first half, and took a 17-7 halftime lead. However, Ardmore came roaring back in the second half. The Tigers cut Clements' lead to 21-17 after three quarters, and outscored the Colts 18-15 in the fourth quarter. It wasn't quite enough though, as Clements was able to escape with the win.

Ardmore was led by Owen Doss with 11 points.

Clements led 15-7 after one quarter and held a 31-24 halftime lead. But Falkville came on strong in the second half. The Blue Devils tied the game 42-42 after three quarters, then outscored the Colts 18-16 in the final quarter to pull out the victory.

Patricia Ann Green LeCroix, 75, of Athens, Alabama, died Tuesday, January 19, 2021, at Limestone Health Facility. Mrs. LeCroix was born May 14, 1945. She attended Riddle's Chapel United Methodist Church, and she was a retired floral designer. There will be a 10 a.m. graveside service Friday …