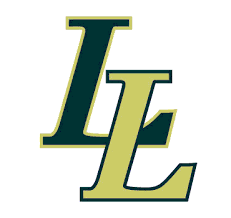 The Lions easily defeated Belgreen in the North Regional Tournament quarterfinal Wednesday morning to punch their ticket to the state tournament, then won the afternoon semifinal game over Covenant Christian for good measure.

The tournament final, at the Von Braun Center in Huntsville, was Wednesday night and took place after The News Courier's press time.

The top four teams in the North and South regionals advance to state, meaning Lindsay Lane only had to win its quarterfinal game to move on.

Lindsay Lane faced Donoho in the regional championship game Wednesday night, with the winner earning the No. 1 seed from the north in next week's state tournament in Birmingham.

Two other Limestone County teams are represented in the North Regional Tournament. East Limestone and Ardmore are both participating in the Class 5A tournament, with both teams playing today.

Both teams begin tournament play at 11:30 a.m. Ardmore will play Alexandria, while East Limestone will take on Boaz.

Should they win their quarterfinal games, they would punch their ticket to the state tournament and advance to the regional semifinals at 3 p.m. today. The championship and third-place games are scheduled to take place today at 6:30 p.m.

All tournament games are taking place at the Von Braun Center North Hall in Huntsville.