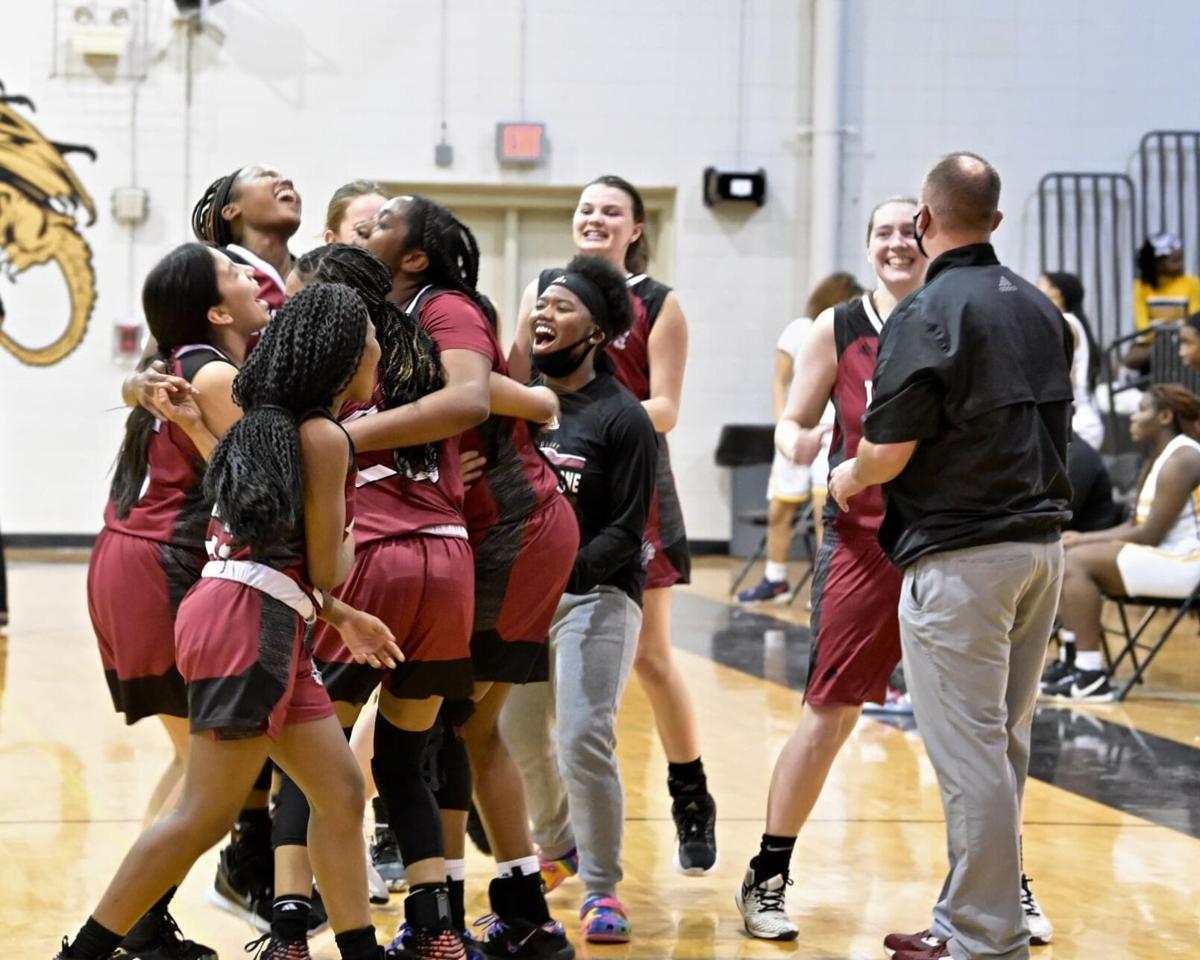 The East Limestone basketball team celebrates after a 63-52 win against the Wenonah Dragons. 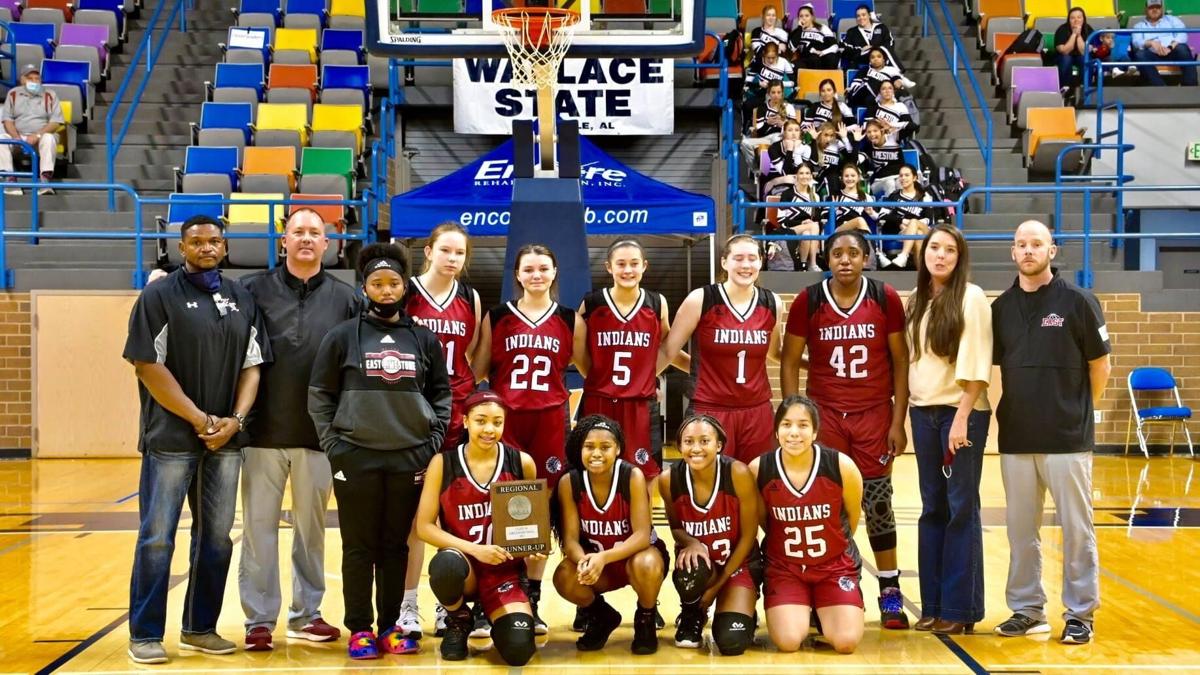 The East Limestone Indians finished with an overall record of 14-16 and a runner-up finish in the state 5A Regional championship.

The East Limestone girls basketball team rounded out their season Tuesday with a 5-point loss to the Jemison Jaguars, 56-51, in the 2021 AHSAA Girls State Basketball Tournament.

The Indians finished with an overall record of 14-16 and a runner-up finish in the state 5A regional championship. A win in that game would have propelled them to the state semifinals.

Still, head coach Josh Davis couldn’t be more proud of his team with the way they finished the season.

“These girls worked their tails off all year — in a crazy year, to say the least,” he said. “We had some injuries throughout the whole year and lost a couple players to injuries. Fortunately, we always had somebody else step up, and I couldn’t be more proud of these girls.”

Davis felt like his team had a chance to win in the final game, only being down 27-26 at halftime, but admittedly, “it just didn’t go our way.”

The Indians came into the championship finale Tuesday with a two-game win streak against the Lawrence County Red Devils and the Wenonah Dragons. The scores were 55-37 and 63-52, respectively.

Davis acknowledged the “crazy year” due to the COVID-19 pandemic. Despite having to quarantine a couple times this year, he feels as though they all fared pretty well.

“We have been lucky to play almost a full-season schedule, which a lot of teams can’t say that,” he said.

According to Davis, everyone on the team stepped up, from the coaches to the players, but he’d be remiss if he didn’t recognize what a huge influence the seniors had on this year’s team.

“My seniors, especially Brielle Young and Jirah Rodgers, those two girls were the leaders of this team,” he said. “This is a special group for me with all my seniors, because I moved them up to varsity, like Reagan Embry and Vanessa Lopez. I have had Embry and Rodgers since seventh grade. I was able to watch them grow up; it was an emotional day for me on Tuesday for that reason.”

Maturity played a huge role in the success of this team on the year, according to Davis, allowing things to slow down on the court.

“Having the game slow down for them was a big change from previous seasons, and they didn’t unnecessarily speed themselves up,” he said. “We lost our two point guards at the beginning of the year who didn’t even play a game. One of the seniors, who’s normally a post player, stepped up and ran the point for us.”

With the senior group being the leaders of the team this year, Davis hopes the opportunity for underclassman to play this year will pay off in the long run, on and off the court.

As this basketball season comes to a close, Davis wanted to make one final point of thanking everyone involved getting them through this year.

“This has definitely been a special year, that’s for sure,” he said. “… I’d like to thank the fans as well, because there were so many changes to the schedule, changes to how we do things and they all took it in stride. I want to thank the parents for doing a great job raising them.”