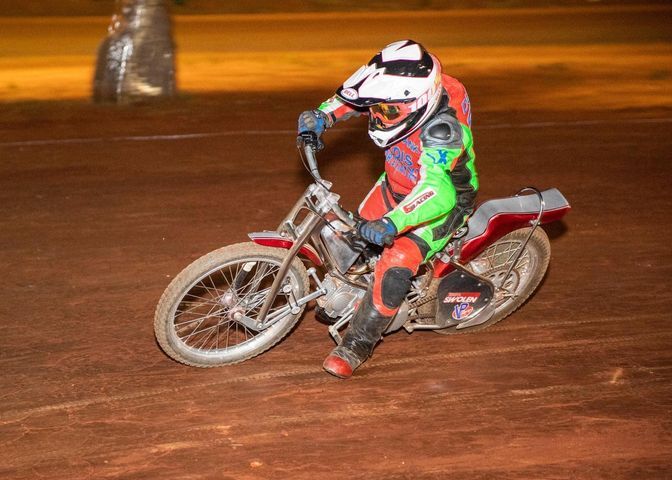 Hank DuBois competes in a recent speedway motorcycle race. DuBois, a fifth grader at Athens Intermediate School, has been racing motorcycles since he was 5 years old. 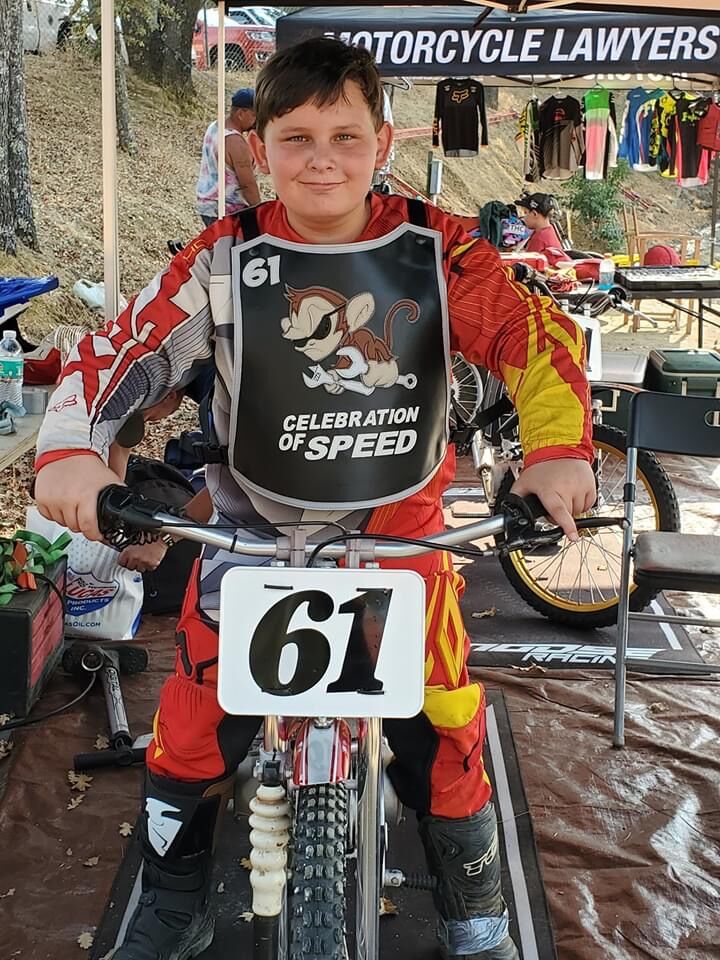 Hank DuBois competes in a recent speedway motorcycle race. DuBois, a fifth grader at Athens Intermediate School, has been racing motorcycles since he was 5 years old.

It didn't take much for Hank DuBois to get hooked on motorcycle racing. One trip to the Springfield Mile in Springfield, Illinois, was all it required for the then 5 year old to find his true love.

He attended the famous flat track motorcycle race with his parents and family friend John Gilligan and came home wanting to be out there himself.

So began a junior motorcycle career that has taken the Athens Intermediate School fifth grader around the country, including Auburn, California, where he recently competed in the American Motorcyclist Association Junior Speedway National Championship.

“I just fell in love with it,” DuBois said about motorcycle racing. “The best part is all the people I get to meet and all the new friends I make through racing.”

DuBois started racing flat track, which is oval racing on dirt tracks that are either a quarter-mile or half-mile, but has recently transitioned to speedway racing, which is run on the same style of track, but the motorcycles have no brakes and no gear shifts. The only way to slow the bikes down is to slide around the corners.

“A guy in Lynchburg, Tennessee, named Pat Bedford put on a lot of races and he's big into speedway racing,” Hank's father, Chancey DuBois said. “He bought some junior speedway bikes a few years ago and got a few kids to try it out and see how they liked it. (Hank) did pretty good with it, so he stuck with it.”

It's the thrill of racing on the edge that Hank DuBois said he loves about competing in speedway races.

“First of all, there's no brakes, so the only thing you can do to have brakes is make it go sideways,” he said. “It is pretty exciting. I just put (the danger) out of my mind unless I know it's like a really wet track, then I may get a little nervous. But other than that, I put it out of my mind and just ride.”

The danger of motorcycle racing is always there, but it is something the family accepts in order for Hank to pursue his racing dream, his mother, Jennifer Tribble Presnell said.

“I still worry, but that's with any sport,” she said. “But it's something that I've gotten used to the more he has raced.”

Hank has participated in flat track and speedway races throughout the country, competing in Tennessee, Florida, Georgia, North Carolina, Indiana and Illinois, in addition to the race in California he recently competed in. His next race will be Oct. 16 in Shelbyville, Tennessee.

“He's never been real big into other sports,” Chancey DuBois said of his son. “Since he was 5, all he wanted to do was race motorcycles. You ask him what he wants to do when he grows up, and he'll say race motorcycles. So we just let him go with it.”