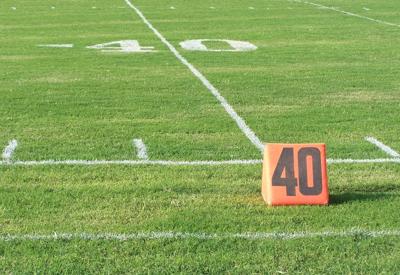 Michael Guster had a career night carrying the ball, leading Tanner to a 41-7 victory over Whitesburg Christian in a Class 2A, Region 7 contest.

Guster rushed the ball eight times for 288 yards, averaging a staggering 36 yards per carry, and scored three touchdowns in the rout.

Fellow running back Evan Fuqua also scored three touchdowns, rushing seven times for 127 yards, as the Rattlers rushed for 449 yards as a team.

Tanner didn't need to throw the ball much, but were successful when they did. Karl Parham attempted just three passes, but completed two of them, the biggest one being a 30-yard completion to Skyler Townsend.

It was the second consecutive game Tanner has scored more than 40 points. The Rattlers defeated Class 6A Columbia 50-40 in their previous game.

Tanner improved to 4-3 overall and 2-2 in region play. The Rattlers will travel Friday to take on region leader Falkville. Tanner could clinch a playoff spot with a win Friday if other results go their way.

East Lawrence's resurgent season continued Friday with a 72-13 win over Elkmont. The Eagles set a school record for points in a game and margin of victory in the win and improved to 5-1 overall and 4-0 in Class 3A, Region 8.

East Lawrence led just 12-0 after one quarter but scored three touchdowns in the second quarter to take a 32-0 lead into halftime. The Eagles poured it on in the third quarter, scoring four more touchdowns.

Elkmont's first score of the game came midway through the third quarter on a 46-yard touchdown pass from Rowe Allen to Colby Murphy.

Allen scored Elkmont's final touchdown of the night early in the fourth quarter on an 18-yard run. Allen finished the game with 135 passing yards and 51 rushing yards.

Elkmont fell to 0-7 overall and 0-5 in region play. The Red Devils will play Friday night at Danville.

Lauderdale County raced out to a 28-0 halftime lead and cruised to victory over Clements in a Class 3A, Region 8 game Friday night.

Kameron Jones and Daniel White combined for five touchdown runs as the Tigers rolled to their fourth consecutive victory. Jones ran for 228 yards and White added 120 for Lauderdale County (6-1, 3-1 region).

Clements fell to 1-5 overall and 1-3 in region play. The Colts will play host Friday to region leader East Lawrence.