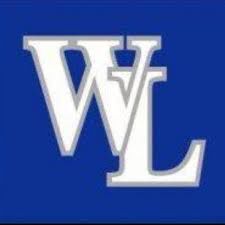 Hanging on to a two-point lead with less than 2 minutes remaining in Friday night's game against Brooks, the Wildcats defense came up with a winning play that preserved a huge Class 4A, Region 8 victory.

West's defense stopped a 2-point conversion attempt with 1:38 remaining and recovered the ensuing onside kick to hang on for a 29-27 victory and stay undefeated in region play.

“I've said it several times about this team and these seniors. They find a way to win games, not lose games,” Davis said. “They played tough and hung in there until the very end and found a way to win.”

West Limestone led 23-21 in the fourth quarter before Thorne Slaton broke free for a 50-yard touchdown run that put the Wildcats up by eight points. However, Brooks (2-4 overall, 1-3 region) came back and scored a touchdown of its own when quarterback Kyler Murks threw a 48-yard scoring pass to Cameron Doerflinger.

However, the West Limestone defense rose up and stopped the 2-point conversion attempt to preseve the lead. After recovering the onside kick, West was able to run out the clock and claim the victory that keeps them alone in first place in region play.

The West Limestone running game was the key to the victory. The Wildcats have mostly been balanced between rushing and passing, but in Friday's game, they went heavy with the run and wound up with 301 rushing yards on 48 attempts.

Slaton had the vast majority of those yards. The senior rushed 24 times for 252 yards and two touchdowns.

“Brooks has got playmakers and you want to keep the ball out of their hands and keep the ball in your hands,” Davis said. “We felt like the recipe to win the game was run the ball, control the game and keep it away from them. We wanted to impose our will on them and we were able to do that.”

The teams traded touchdowns in the third quarter as well, with quarterback Colin Patterson scoring on a 1-yard run to put West up 17-7 before Brooks cut the lead to three points with a touchdown.

The script would be the same in the fourth quarter. West Limestone took a nine-point lead on another 1-yard touchdown run by Patterson, but Brooks cut the lead to 23-21 with a touchdown midway through the quarter, which set up the final frantic minutes.

It was the fourth consecutive road game for the Wildcats, which went 3-1 in those games, including picking up three region wins.

The first home opponent for West Limestone (5-1, overall, 4-0 region) is Wilson. A win over the Warriors would clinch a playoff spot for the Wildcats. However, Davis said his players want more than just securing a playoff spot.

“This year we came in with the mentality of we're not just trying to make the playoffs, we're trying to win the region,” he said. “Our kids reset the clock each week and go back to 0-0, and just concentrate each week on that opponent. To get out front and stay out front in this region is real big.”