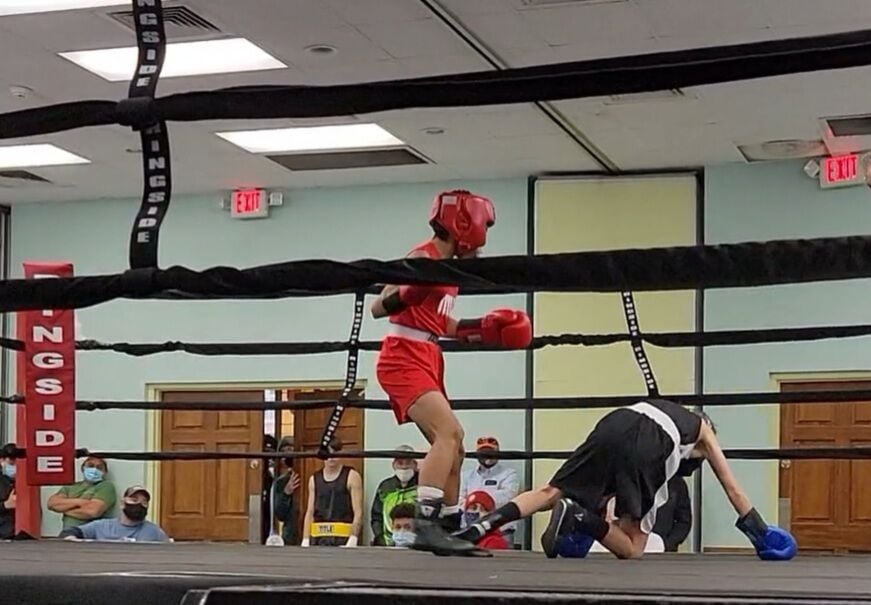 Local amateur boxer Edwin Delgado knocks down his opponent in a sparring match at Townsend Boxing gym in Tanner. 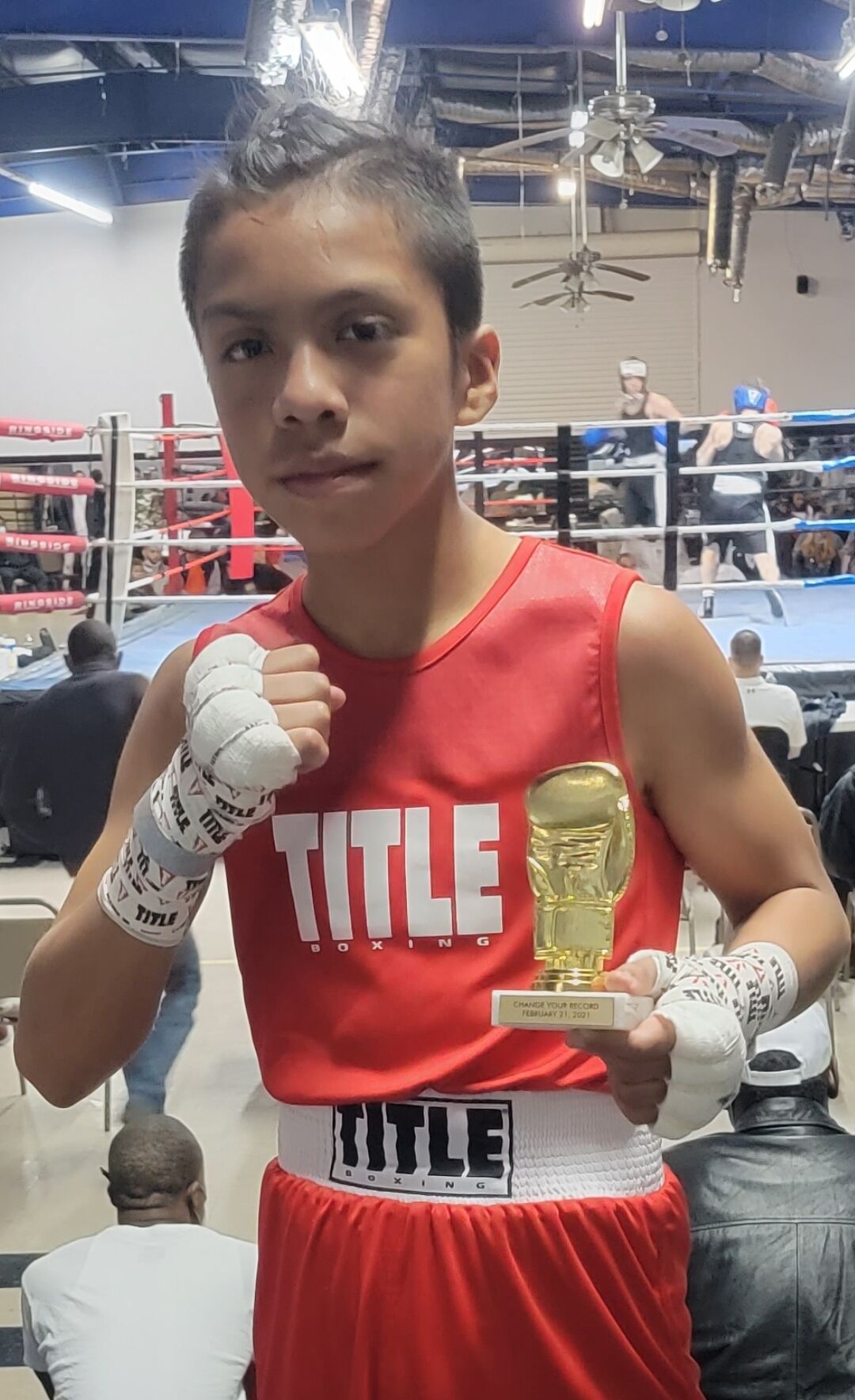 Amateur Boxer Edwin Delgado stands with a trophy after defeating his opponent in a match on Feb. 21 in Jonesboro, Georgia.

Edwin Delgado, a 13-year old amateur boxer out of Limestone County, is already in his fourth year boxing and training with Dale Townsend at Townsend Boxing Gym in Tanner.

He has been on a winning streak as of late. Delgado has a 4-1 record overall, with all four of those victories coming after losing his first bout.

“He’s a real mannerable, very respectful and an awesome kid, and he soaks up the training like a sponge,” Townsend said. “He’s a hard worker. He lost his first match, but ever since then, he’s been training really hard. He hardly ever misses training sessions, and whenever I ask him if he’s wanting to compete, he’s always ready to do it.”

While Townsend plays a large part in the development of Delgado’s boxing skills, his family stands out above the rest as to who this young man is and what he is becoming in and outside the ring.

“His family is very supportive of him. Anytime he needs to be at training, they bring him, and (they bring him) to all of his matches,” Townsend said. “We travel from state to state to compete, and his family is always there.”

Delgado fights in the 185- to 190-pound weight class. His most recent victory came Saturday in Red Bank, Tennessee. His other matches include victories Feb. 21 in Jonesboro, Georgia, and Feb. 6 in Dothan.

The goal this year is to make it to the Junior Olympics, and Townsend believes that with Delgado’s family background and continued training, that goal will be achieved sooner rather than later.

“Since his first bout, he has more experience. His footwork has improved, combinations, head movements, and he’s very smart in the ring and knows what to do in any situation when it happens in the ring,” Townsend said. “He’s improved on every aspect of the sport.”

Delgado’s next bout is expected to be within the next month.