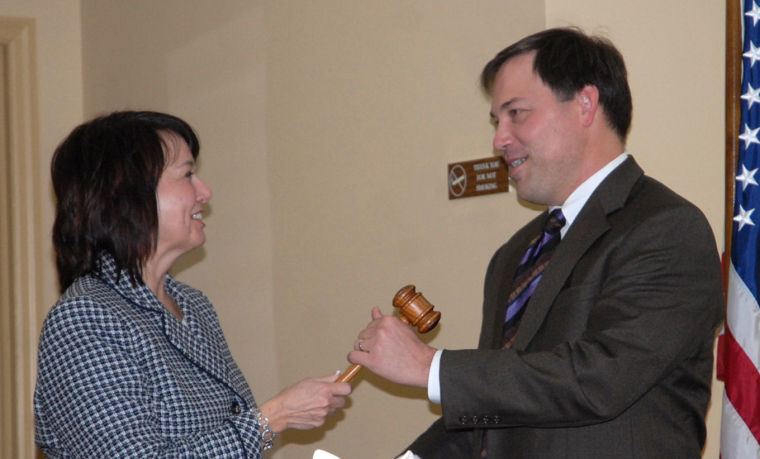 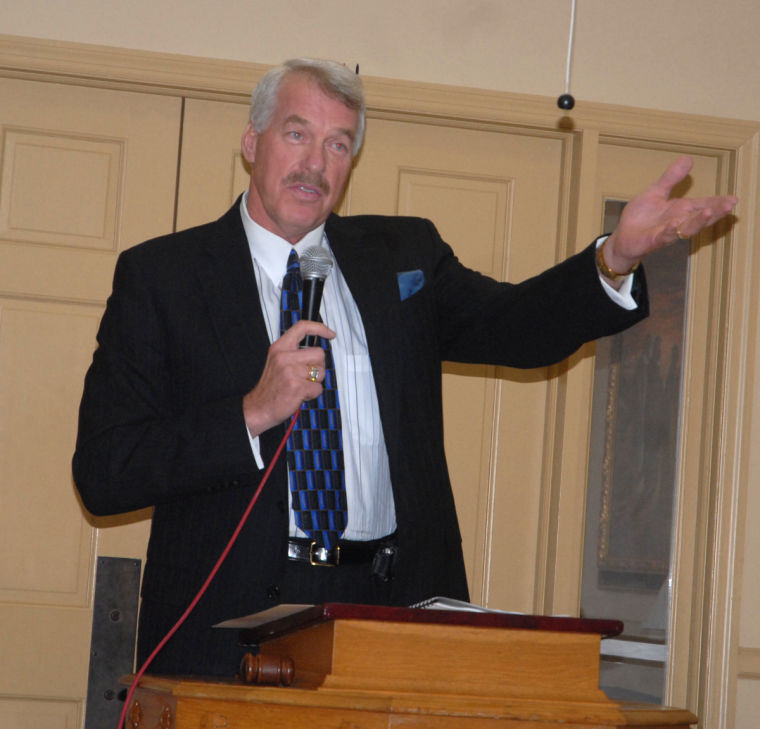 Dr. Mark Durm of Athens State University speaks to those in attendance at the annual luncheon about the first Student United Way in the state of Alabama.

Dr. Mark Durm of Athens State University speaks to those in attendance at the annual luncheon about the first Student United Way in the state of Alabama.

United Way of Athens-Limestone County has a lot to celebrate.

On Monday they did just that by celebrating the past year’s activities and the 2010-2011 campaign at their annual luncheon at the First Presbyterian Church Rodgers Center in Athens.

Approximately 100 people were in attendance as the agency commemorated another strong year in their core mission of securing resources for United Way agencies. Agencies include the American Red Cross, Athens/Limestone Association for Retarded Citizens Birdie Thornton Center, Athens-Limestone Counseling Center, Boys & Girls Clubs of North Alabama, Boy Scouts of America, CASA, Crisis Services of North Alabama, Girl Scouts of North Alabama, Habitat for Humanity, Hospice of Limestone County, Learn to Read, Limestone County 4-H Program, RSVP, Salvation Army and the USO — all who give, advocate and volunteer for the good of humanity.

Executive Director Kaye Young McFarlen recognized all the agencies for the work they do each day. “They make a positive difference each day in the lives of others,” McFarlen said.

McFarlen added the past year has allowed United Way to make significant strides. She recognized two interns, Lerrin Sutton and Nathaniel Johnston, whom she said brought enthusiasm to the agency. They not only produced a video campaign promoting United Way, but also produced the Birdie Thornton choir’s first video, and were a big part of a group including McFarlen that pitched the idea for the Student United Way chapter at Athens State University to Dr. Robert Glenn. The Athens State University Student United Way is the first in the state of Alabama and has been recognized nationally. “One of the most wonderful things that came out of this is that we saw something that was inspiring,” McFarlen said.

Dr. Mark Durm said students including Erin Minor, Carissa Williams, April Laycock, Tami King, Tanya Campbell, Alicia Longmore and Tami Schoenberger were all instrumental in getting the student organization off the ground. “I have been involved with a lot of student groups … this group is probably by far the most active group I have ever been involved with,” Durm said. “There is a word we hardly ever hear of and it is ‘theurgy.’ The word ‘theurgy’ is where you actually do Gods work. Theurgists are wonder workers and this group is my group of wonder workers.”

Durm said the student chapter, ASSIST, which means Athens State Students Involved in Social Togetherness, has been phenomenal. They have accomplished a number of activities throughout the community from can drives to painting homes.

United Way of Athens-Limestone County continues to set goals and push beyond them.

“United Way also worked to consolidate in the community to make sure we didn’t have duplication of services,” McFarlen said. “It was done in order that we work together to make the resources in the community go as long and as far as possible.”

A number of individuals were recognized including the front desk volunteers and United Way Leaders in Giving on all levels from the Red Feather Society to bronze certificates.

Area companies were recognized through the Circle of Corporate Giving. The platinum circle includes corporations that give $15,000 or more in cash or in-kind donations. Publix, Steelcase Foundation and The News Courier were all recognized. Other companies and corporations were also recognized for their dedication to United Way.

The greatest employee contribution award went to the city of Athens.

Limestone County Board of Education received the greatest increase in employee contribution.

Carissa Williams was recognized as an outstanding volunteer within the Student United Way.

McFarlen recognized all the United Way volunteers and volunteers of all the agencies.

She gave special recognition to Kay Burlingame, who each year prepares the United Way luncheon, and her helper Jackie Jackson.

“We have had a lot of bright spots,” McFarlen said. “Most of our campaigns were strong. People working have continued to give. We were able to grow some of the campaigns significantly from where they were. We began to build more relationships in the community and we have reached out further and further to let people know who we are, what we do and how it impacts their lives.”

At the end of the luncheon, President Ann Laurence passed the gavel to new president Kurt Leopard as they move into their next campaign. Laurence was recognized for her two years of service and will serve on the executive committee.

Leopard, who is the father of a brand new baby boy, was passed not only the gavel, but an Alabama burp cloth as he begins two new chapters of his life.