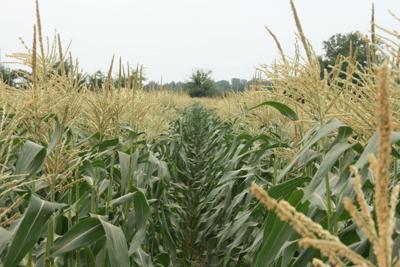 Heavy rain may please trees, but it's made life rougher on many North Alabama farmers trying to plant corn.

"If fields are too wet, farmers can't get their equipment in to plant," said Tyler Sandlin, crop specialist for the Alabama Cooperative Extension System.

Corn, which Alabama farmers are trying to plant now, is one of Alabama’s most important row crops, with farmers typically harvesting more than half a million acres a year, according to ACES.

Exactly who has and who has not been able to plant due to wet fields depends entirely on location, Sandlin said.

"Some have not started yet because the fields are not dry enough. Some are halfway. Some have gotten a good bit done in a short window — four to seven days — of dry weather two weeks ago," he said.

Too much rain can cause other problems for farmers as well. It can dilute soil nutrients needed by the plants to grow, resulting in poor crop quality down the line, according to ACES.

There is a bright spot. Better equipment and technology have allowed farmers to plant through the day and night, with helps them catch up when they are behind, Sandlin said.

Farmers are used to the ebb and flow of weather, but outside forces have also been a problem.

"They've been in this situation before with the rainfall, but the thing that hurts most is the commodity prices," Sandlin said. "Prices for corn, soybeans and cotton were excellent last year, but the coronavirus (and other pressures) have prices down there pretty low."

For example, China is important to the cotton industry, but because it has been hit hard by the coronavirus, shipping to and from the country has been slowed, which can mean losses for farmers.